What is Internal Bleeding in Cancer? 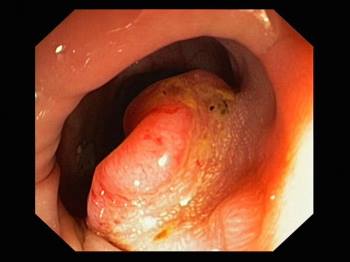 Why do cancer patients bleed internally?

Patients with major bleeds should be treated with intravenous access and hemodynamic monitoring. They should undergo an analysis of their blood for complete blood count, coagulation profile, hematocrit, and liver enzymes. Imaging studies may also be necessary to determine the cause of the bleeding. These studies may include computed tomography (CT), angiography, or endoscopy.

The assessment of cancer patients with bleeding must include a comprehensive examination of potential underlying conditions and medications. Medication use should be based on the type of bleed. Some of the most common medications for cancer patients are anti-inflammatory drugs, anticoagulants, and antiplatelet medications. However, many of these drugs can worsen existing bleeds.

Why do cancer Tumours bleed?

Cancer tumours can bleed for many reasons. The tumour itself may cause bleeding, or the tumour may bleed as part of the progression of the disease. This bleeding is often severe and life threatening. It is often accompanied by significant abdominal pain, low blood pressure, and even loss of consciousness. As a result, it is imperative that patients with cancer seek medical care immediately.

Patients with advanced cancer often experience bleeding problems. This is due to tumor angiogenesis, local invasion, and medications that may exacerbate existing bleeding. Bleeding can occur in the form of acute catastrophic bleeding, episodic major bleeding, or low-volume oozing. Other symptoms include bruising, petechiae, epistaxis, and hematemesis.

Hemorrhage is a medical emergency, and if you notice that your cancer is bleeding, call an ambulance or visit the hospital immediately. Your doctor will be able to diagnose and treat your condition. The main focus of treatment will be to alleviate the symptoms. In severe cases, a patient with a massive bleed may require surgery or radiotherapy.

What type of cancer makes you bleed?

Bleeding is a common complication in cancer patients, and the approach to treating it varies depending on the location and type of bleeding. However, some principles are universal: hemodynamic stabilization, discontinuation of exacerbating agents, blood products as indicated, and topical agents on the bleeding site. In addition, patients may undergo more invasive interventions such as radiation therapy, embolization, and surgery. Nevertheless, the available literature on the topic is limited, and randomized trials are lacking.

When choosing a therapy, patients should discuss the risks and benefits of each type. Because bleeding can have serious consequences, it’s imperative to consider the patient’s quality of life. Fortunately, radiation therapy is effective at controlling bleeding in many patients and can typically stop bleeding within 24 hours. However, the patient must be kept comfortable during radiation treatment.

If left untreated, internal bleeding can cause organ failure, seizures, coma, and even death. However, with proper treatment, many people make a full recovery.

How does a doctor stop internal bleeding?

In the case of active internal bleeding, a healthcare provider can stop the bleeding by giving the patient IV fluids and a blood transfusion. If this bleeding is caused by a chronic condition, it can recur if the underlying problem is not fixed. In such a case, the healthcare team will stabilize the patient and assess the extent of the blood loss. They may also need to give oxygen support to the patient if the bleeding is severe. This treatment is called resuscitation.

To diagnose the cause of internal bleeding, a physician will perform a physical exam and review your medical history. They may also order imaging tests or perform other tests to determine what’s causing the bleeding. A CT scan and X-ray are common imaging tests used to determine the cause and severity of internal bleeding. An angiography is a special type of blood test that can examine individual blood vessels.

Hemorrhaging can be caused by a variety of factors, including an injury to a blood vessel. This can be a small tear in a blood vessel or an infection. In such cases, the blood does not clot, which can lead to severe bleeding. Other causes of internal bleeding include ulcerative colitis, Crohn’s disease, or celiac disease.

What happens in last stage of cancer?

When cancer patients are in the final stages of treatment, it is common for internal bleeding to occur. This may be due to a number of causes. In some cases, this bleeding is so severe that it can even lead to death. Although bleeding may occur in a very small number of people, it can be a serious concern. If you suspect that internal bleeding is happening to you or a family member, contact a doctor or specialist nurse immediately. Alternatively, you can stay with your family member to keep them calm. If possible, cover the area with a dark towel.

Some cancers cause internal bleeding in the lungs, urinary tract, or digestive tract. Other cancers can cause bleeding in other internal areas of the body. When bleeding occurs in these areas, the person can cough up blood.

What are end of life symptoms in cancer patients?

Cancer patients should be aware of what to expect when they are experiencing major bleeding. The first step should be to call for an ambulance and seek medical attention. Depending on the severity of the bleeding, treatment may involve intravenous access and hemodynamic monitoring. Tests, such as complete blood count, coagulation profile, and metabolic panel, may also be ordered. A patient may also require a fast acting sedative, such as intravenous midazolam. A multidisciplinary team may be needed to diagnose the cause of the bleeding and manage its effects.

While bleeding is common in cancer patients, it is not always a life threatening problem. It can be related to tumor invasion or angiogenesis, and some medications may aggravate or cause bleeding. Patients may experience episodic or catastrophic bleeding, ranging from low-volume oozing to major episodes. They may also experience bruising, petechiae, epistaxis, and hematemesis.

Which cancers spread the fastest?

Cancer growth rates differ from one cancer to another. This is often due to the fact that cancer cells are different from normal cells and move more easily into the surrounding tissue. It also has to do with the substance produced by the cancer cells, which stimulates their movement. These characteristics make primary liver cancer the fastest growing cancer in the U.S.

Cancer is classified by stage and grade. This stage determines the size of the tumor and the appearance of the cancer cells. A patient may have to undergo several tests to determine their cancer stage. For instance, a T1 tumor is less than two centimeters in size, whereas a T2 tumor is two to five centimeters in size. A T4 tumor, on the other hand, is any size that grows into the skin or chest wall.

Stage 4 lung cancer typically has a poor prognosis. Its average survival period is 6.3 to 11.4 months. Cancer cells travel throughout the body via the bloodstream and lymph system, forming new tumors in other parts of the body.

How do you know if a cancer cell is dying?

The human body is made up of hundreds of millions of cells. Each cell has a specific role and is protected by processes in the body. Cancer cells, however, bypass these buffers and begin spreading throughout the body. This process is known as metastasis.

Cancer develops when cells divide more rapidly than normal. Over time, these abnormal cells build up into a tumor or lump. If you suspect that you may have cancer, your healthcare provider will perform tests to determine the extent of the disease. He or she will then assign a stage to your cancer. The higher the number, the more advanced the disease is. For example, a stage I cancer cell is localized while a stage II cancer cell has spread to distant organs.

Early detection of cancer is important because it will make treatment more effective. However, cancer can spread to other parts of the body, affecting the functions of the organs. For example, a tumor in the digestive system can block the digestive system, preventing the body from taking in nutrients. Fortunately, surgery or chemotherapy can be used to remove the tumor and treat the symptoms.