What Happened to Jana Novotna? 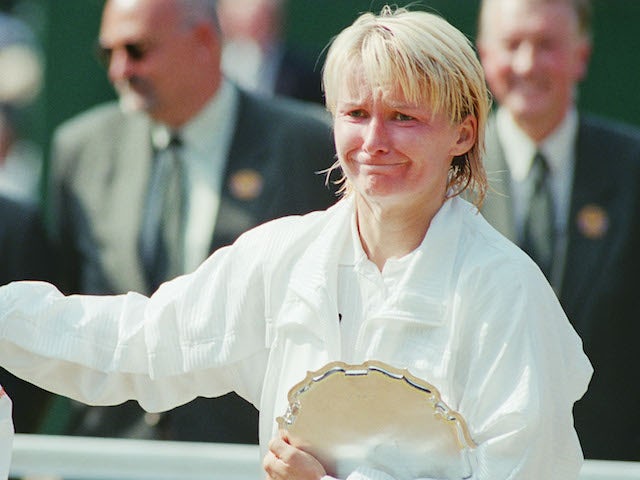 If you’ve been wondering what happened to Jana Novotna, you’ve come to the right place. Find out more about the tennis player’s death and what she was like in her last years. She was born in Brno, Czechoslovakia and was the daughter of Frantisek and Libuse Novotna. She was married to Polish tennis player Iwona Kuczynska. Her parents, Frantisek and Libuse, survived her death.

Jana Novotna, a legendary Czech tennis player, has passed away at the age of 49 after a long battle with cancer. She was born in Brno, Czech Republic, and turned professional in 1987. She won 24 WTA singles titles and 76 doubles titles during her 14-year career. In 2005, she was inducted into the International Tennis Hall of Fame. In recent years, she had worked as a commentator and moved back to her native Czech Republic.

Jana Novotna spent most of her life playing tennis, competing in tournaments in over a hundred countries. In her later years, she settled in the village of Omice, just outside Brno, Czech Republic. The town has only a few shops and a single bar, but it provides stunning views of the Moravian countryside. Unfortunately, Jana Novotna died last November from cancer.

The Czech player had made it to the Wimbledon final twice, but in both of those finals, she was beaten in the third set by Germany’s Steffi Graf. Despite this, Novotna’s character and resilience were lauded. Her determination and unwavering determination to reach her goal inspired the public and her fellow players, including the late Ivan Lendl.

How old was Jana Novotna when died?

Jana Novotna was a Czech tennis legend who played for the Czech Republic and won Olympic medals. She won a silver in the doubles event and a bronze in the singles event at the Atlanta Olympics. Despite her fame, Novotna lived a humble life and kept her diagnosis of cancer a secret. She died last November from cancer.

Jana Novotna died at age 49, after a long battle with cancer. Despite her adversity, she achieved much during her career, and was a consistent contender. She was the oldest first-time Grand Slam champion in the Open era. She also won three Wimbledon titles and three Olympic medals. Her singles career is also legendary and she has left behind a lasting legacy.

Jana Novotna was inducted into the International Tennis Hall of Fame in 2005. Her success on the court and in life inspired many. In recent years, she made the transition from playing tennis to coaching. She spent most of her career building towards Wimbledon and won the title aged only 29. Her career spanned from 1987 to 1999, and she achieved more than 100 tournament wins.

The Czechoslovak tennis player Jana Novotna was born on October 2, 1968, and was known as the “choker.” During her career, Novotna won 24 singles tournaments and 76 doubles tournaments, earning her the nickname “The Choker”. She was married to the Polish tennis player Iwona Kuczynska from 1988 to 1999, winning the Fed Cup with her nation in 1988. Jana Novotna died of cancer at age 49. She is survived by her parents, Frantisek and Libuse Novotna.

Jana Novotna’s last Grand Slam singles title came at Wimbledon in 1998, where she famously broke down in tears. Her career-long success was impressive. She won 24 singles titles, securing the top ranking of No. 2 in the world. She also reached the top spot in the world in doubles. After retiring from competitive tennis, Novotna continued working as a tennis commentator. In 2005, she was inducted into the International Tennis Hall of Fame.

Jana Novotna is a professional tennis player from Czech Republic. Her serve-and-volley style of play is now rare among women. During her career, she won the women’s singles title at Wimbledon and finished as runner-up in three other majors.

Jana Novotna won a singles title at the Wimbledon in 1998, but her greatest moment was her win at Wimbledon in 1998. The Czech player is best known for her aggressive serve and volley style, which shaped her career. In addition to singles titles, she also won four mixed doubles titles and three Olympic medals.

Though she had a hard time winning the Grand Slam tournaments, she did win several other important titles during her career, including the year-end championships. In 1987, Novotna lost to Monica Seles in the Wimbledon final in three sets. In 1993, she faced Steffi Graf, who went on to win the Wimbledon championship. In the third set, Novotna led 4-1 and had a game point on serve for 5-1. However, Graf won the next five games to win the match and the tournament. In an iconic moment, Novotna cried on the Duchess of Kent.

Where is Jana Novotna buried?

The Czech tennis legend was buried at the Zidlochovice Cemetery in South Moravia, Czech Republic, where she died at age 49. Although she spent much of her life on the road, she chose to spend her final years in a small village near Brno. The village only has a few shops and a bar, but it is also home to breathtaking views of the Moravian countryside.

Jana Novotna was born in 1881 in Hlina, Czech Republic. She was a talented player who won more than 100 tennis titles. She was able to make a name for herself in the sport by playing a serve-and-volley game. She was also a member of the International Tennis Hall of Fame, inducted in 2005.

In 1998, Jana Novotna was crowned the Wimbledon singles champion. She won the tournament after beating Venus Williams in the quarterfinals, Martina Hingis in the semi-finals, and Nathalie Tauziat in the final. She became the oldest Grand Slam singles winner during the Open Era. Flavia Pennetta and Francesca Schiavone have since surpassed her, but Novotna’s legacy will always live on.

Manolo Santana was born in Madrid on May 10, 1938. As a boy, he played tennis with the Velazquez tennis club. He eventually became a tennis legend after winning the Spanish Championship in 1958. His life was filled with hard work, and he often took on new challenges, including running tennis clubs.

Santana became Spain’s national hero, and he was the first Spanish player to win a Grand Slam tournament. In 1966, he won the men’s singles title at Wimbledon. He later won the French Open, Roland Garros, and the US Open. In addition to his singles titles, he won the Spanish Open, and he also became world No. 1 for the first time.

A 14-year veteran of the Spain team, Carlos Santana won the U.S. Nationals in 1966. The following year, he led Spain to the Davis Cup final, where he lost to Australia in a tie-breaker. But that didn’t stop Santana from winning the World Cup.

Who cried at Wimbledon?

There were some teary-eyed faces at Wimbledon this year. The winner of the singles competition, Ryan Peniston, was diagnosed with cancer when he was a child. He spent eight months in the hospital and had to undergo chemotherapy and surgery. He was finally given the all-clear 18 months later, and he went on to make his Wimbledon debut, beating Henri Laaksonen in the second round.

Tennis superstar Jana Bryan, who had beaten her cancer opponent Sorana Cirstea in the 1993 Wimbledon final, was also emotional during the match. Her emotional response helped the Royal Family’s image of a caring royal family. She was wearing a headband and was comforted by the Duchess of Kent. After her comeback, Jana Bryan worked for the BBC as a commentator.

Jana Novotna, the Czech tennis player who famously cried on the shoulders of a British royal during the 1993 Wimbledon final, was another one of the people who cried at the Wimbledon finals because of her cancer. She was able to make her way back to the finals of the game after being consoled by the duchess of Kent.

What did Vitas Gerulaitis Tennis player died of?

Vitas Gerulaitis was a great tennis player who played in the golden age of tennis. He was also an accomplished musician who played with a rock band. He spent time in New York, where he made friends with Andy Warhol and Mick Jagger. He also owned a fancy car and was a regular at Studio 54. Although he died of a suspected heart condition, he was a great human being who touched the lives of many people.

He was born in New York in 1954. He was the son of Lithuanian parents who had immigrated to the U.S. as a child. He didn’t speak English until kindergarten, but his parents were avid tennis players. His father was a world champion, and his sister also played the game on the public tennis courts of Forest Park. Later, in 1975, he attended Columbia College of Columbia University, but dropped out to pursue his passion of tennis.

He had been visiting East Hampton to perform charity work. He had promised to attend a party in the evening. But he didn’t come back to his guest house, where he stayed. The maid who was housekeeping found his body around 3 p.m. He died of carbon monoxide poisoning, an accidental cause.