Ovarian Cancer – Why is it Hard to Detect? 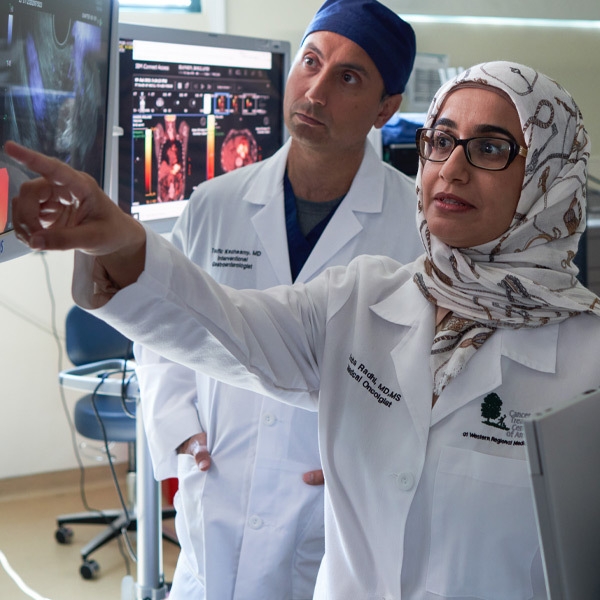 Ovarian cancer is often difficult to detect because the disease is often undetected. The question of how a full blood count can detect ovarian cancer remains unanswered. In this article, we’ll discuss how cancer can go undetected and why it’s important to see a doctor at the earliest signs.

Why does ovarian cancer go undetected?

Because the ovaries are located so deep within the abdomen, it is difficult to feel any lumps or abnormalities that could be related to the disease. This makes it very difficult for doctors to detect it in its early stages. Most of the time, doctors will have to perform additional tests, such as an ultrasound, to determine whether a mass is cancerous or benign. The good news is that if caught early, ovarian cancer has a ninety percent five-year survival rate.

Because ovarian cancer can have symptoms that are similar to other health conditions or are nonexistent, early detection is vital to the disease’s prognosis. Because the disease’s symptoms are so subtle, physicians often miss them, putting women at a significant disadvantage. The disease also has a high risk of spreading quickly, making early detection even more critical. Only 20% of ovarian cancer cases are detected during their early stages.

Because of the difficulty in detecting ovarian cancer, doctors often have to wait until the tumor has grown large enough to be detected. Unfortunately, the cancer then becomes more difficult to treat. Early detection also makes it more likely that the cancer will not spread to other parts of the body.

Why is it difficult to diagnose ovarian cancer?

Ovarian cancer is a serious disease that is difficult to detect in its early stages. A pelvic ultrasound can help a gynecologist detect ovarian cancer. The cancer can spread to other parts of the body if it is not detected early. It is rare in women under 40 years old, but it is very common in women over the age of sixty-three. It usually develops after menopause.

Detecting ovarian cancer early is crucial as it gives the patient the best chance of survival. According to the American Cancer Society, an early diagnosis can lead to a 92% survival rate. It is also important to know the stage of the disease so that the doctor can decide on the proper treatment. Stages are based on the size of the tumor, its depth in the tissues and whether it has spread to nearby organs.

Can ovarian cancer not show up on ultrasound?

Ultrasound is a diagnostic tool that uses sound waves to create pictures of internal organs. It is a painless procedure and requires no preparation. It can detect growths and irregularities on a woman’s ovaries, such as cysts. The ultrasound will also detect ovarian cancer if one is suspected.

CT scans are also useful for detecting ovarian cancer. These scans can also detect tumors that have spread to other parts of the body. They can also reveal enlarged lymph nodes and other signs of metastasis. However, a CT scan may not pick up a tumor if it is very small.

If a CA125 level is elevated, a doctor may refer you for further testing. A doctor may recommend an ultrasound scan. This test, which is performed in the radiology department of a local hospital, produces images of the body’s organs.

A full blood count is not the most accurate test for detecting ovarian cancer. However, a doctor can still use it as a tool to check your overall health. The test can help rule out other diseases and health conditions. In addition, it can help you to determine whether or not you have spread the disease throughout your body.

One test that can be used to check if you have ovarian cancer is a CA-125 blood test. This test measures the amount of a protein called CA-125 in your blood. The level of this protein is elevated in many women with ovarian cancer. However, it is important to note that high levels of CA-125 can also be caused by other conditions.

The most common way for doctors to detect ovarian cancer is through an ovarian biopsy. An ovarian biopsy is a diagnostic procedure in which the entire tumor is removed. However, this procedure may miss some cancers. It may miss tumors that are small and do not affect nearby structures. CT scans can also detect enlarged lymph nodes and signs of cancer spread.

Fortunately, medical treatment for ovarian cancer is highly effective. If diagnosed early, the cancer can be cured in most women. Although no single test can accurately detect the disease, careful monitoring by a doctor can help ensure a successful treatment. If your doctor suspects that you may have ovarian cancer, they can prescribe a treatment specific to your case.

Although the likelihood of detecting ovarian cancer by physical examination is low, ultrasound may be able to detect it in the early stages. This advanced imaging technique enables a doctor to look inside the vagina and ovaries and to determine whether the cancer has spread throughout the pelvis.

How often is ovarian cancer misdiagnosed?

One of the biggest concerns for women who have ovarian cancer is misdiagnosis. This is because symptoms of the disease can be similar to the symptoms of less serious ailments, like IBS, diverticulitis, or UTI. Women with these symptoms should seek a second opinion to confirm a diagnosis.

In addition, ovarian cancer often does not present any symptoms until it has spread to other parts of the body. Sometimes, women will have a vague or nonspecific symptom, such as bloating or vaginal bleeding, which may not be cancerous. Misdiagnosis can result in further damage to the body.

If a woman has a family history of the disease, genetic mutations, or other risk factors, it is essential to undergo regular screenings for ovarian cancer. If misdiagnosis results in delayed treatment, a woman may be eligible for medical malpractice compensation.

What is the hardest cancer to detect?

Most cancers are curable when detected early, but there are many types of cancer that are difficult to detect. This is partly due to location, vague symptoms, or late reporting by patients. Despite these challenges, advances in medical technology have improved the detection of many types of cancer. New drug combinations, targeted therapies, and radiation therapy have revolutionized treatment options.

Pancreatic cancer is one of the most difficult cancers to detect early because it’s so difficult to reach it with standard imaging techniques. The organ is located behind the stomach, making it more difficult to scan for a tumour than most parts of the body. Because the surrounding cells are just as important as the tumour itself, it’s especially hard to diagnose this disease at its earliest stages. As a result, there are thousands of papers detailing research efforts to develop more effective diagnostics. Despite these efforts, no method has been proven to help detect pancreatic cancer early.

The first step in treatment for ovarian cancer is early detection. A physical exam and imaging studies are the first steps to determining whether a tumor is malignant. Surgery is also necessary in some cases, especially if the cancer is advanced. If treatment is delayed, it may cause the cancer to return.

Women at a high risk for the cancer should get regular screenings and genetic testing. This knowledge will help doctors develop a game plan that will allow them to detect the cancer earlier and prevent it from spreading. Earlier detection can save women from invasive surgeries and the agonizing wait until it progresses to a late stage. Research is underway to improve early detection methods and target specific genetic variants.

While early ovarian cancer is usually asymptomatic, later stages often present with a series of symptoms. These can include abdominal or pelvic pain, increased bowel or bladder size, constipation, or fatigue.