Is Memory Loss Recovery Possible After a Heart Attack? 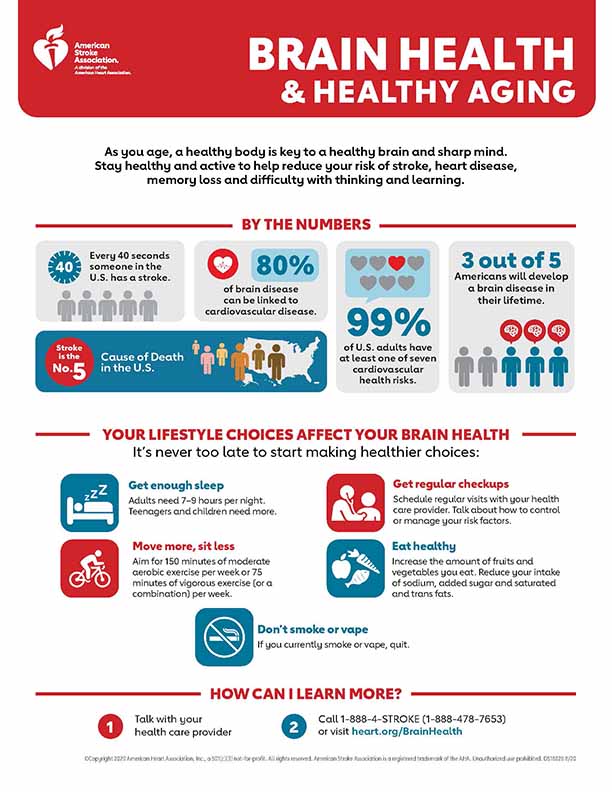 After a heart attack, you may wonder if your memory will be lost for good. If so, you need to know whether or not it is possible to recover it. Brain cells require an constant supply of oxygen to remain healthy, and reduced blood flow to the brain during the heart attack can affect your memory.

Is memory loss permanent after a heart attack?

The results of a study conducted by the American Heart Association suggest that memory loss after a heart attack may not be permanent. The researchers monitored over 31,000 people over a period of nearly four decades. The participants were free of any signs of dementia or mental health problems prior to the study.

The symptoms of memory loss after a heart attack include difficulties in processing thoughts and language. People may have difficulty processing objects in front of them. This is caused by damage to the white matter of the brain. These problems occur as a result of the brain not receiving enough oxygen.

In addition to memory loss, cardiovascular disease has been linked to other neurological conditions, including dementia and Alzheimer’s disease. Although the study’s findings are preliminary, it remains important to remember that cognitive impairment is a common side effect of heart disease. Approximately half of heart attack survivors experience memory loss, attention problems, and other cognitive problems. If the symptoms persist and worsen, dementia may develop.

Can the brain recover after a heart attack?

A heart attack is a potentially devastating event that can affect the brain. A heart attack causes decreased blood flow to the heart muscles and may lead to brain damage. The brain is not able to recover without proper blood flow. The lack of oxygen can cause brain cells to die and not regenerate, resulting in physical, cognitive, and mental disabilities.

Because of this, doctors increasingly use a procedure called therapeutic hypothermia. This treatment involves cooling the patient’s body to a temperature that is below normal for 12 to 24 hours after the heart has been restarted. This procedure greatly reduces brain damage and increases the chance of functional recovery. Nevertheless, cardiac-arrest patients are not expected to recover if they remain comatose for more than a week. Only in rare cases have patients been kept on life support for longer than this.

There are four types of anoxia that can affect the brain. Stagnant anoxia is caused by a condition that prevents oxygen-rich blood from reaching the brain. This form of anoxia affects about half of heart attack survivors, and the effects can last a lifetime. In addition to memory loss, most anoxic brain injury victims experience attention problems and cognitive impairment. Eventually, these effects can lead to dementia.

There are a number of different factors that can affect your memory, and a heart attack is no different. The American Heart Association conducted a study in which 31,000 people were followed for a minimum of five years. The researchers also found that those who suffered from a heart attack had faster declines in global cognition, executive function, and memory. The findings suggest that a heart attack can affect your memory, so it is important to monitor your health and follow your doctor’s orders.

After a heart attack, your brain is deprived of oxygen. When the oxygen level in your brain decreases, brain cells die. If you have a heart attack for longer than a few minutes, this can lead to brain damage and impairment. This condition is known as anoxic brain injury.

Other factors may be responsible for this association, including decreased blood flow to the brain. A heart attack may also cause a silent stroke, which is not large enough to be diagnosed as a stroke but impairs the brain’s blood supply. Heart problems are also associated with dementia. This could be because the structure of the heart changes, increasing the chances of mini-clots traveling to the brain. Another possibility is that lowered blood flow can lead to a decrease in oxygen to the brain.

People who have suffered cardiac arrest may be revivified in a hospital or at a site equipped with defibrillators to restart the heart. Some survivors will recover with no apparent signs of injury, but others may have more significant damage. Memory loss is often the first symptom. While physical symptoms may be obvious, psychiatric effects may only surface months or years later.

What causes confusion after a heart attack?

Heart attack victims often experience changes in alertness and confusion. It is crucial that they seek medical assistance as soon as possible. People may also have trouble speaking or remembering simple phrases. If these changes happen, it’s important to call 999 and have them taken to the hospital. One simple test to check for confusion is to ask the person their age, name and today’s date. If they cannot answer these questions correctly, they should be tested immediately. Other symptoms of confusion include sleepiness and decreased alertness.

Do heart attacks change your personality?

Psychological research into the effects of open heart surgery has revealed that patients have a higher risk of depression than the general population. Studies also show that the early weeks after cardiac surgery reveal substantial cognitive, behavioral, and emotional changes. In a survey of patients, nearly 80% reported feeling anger, tears, and anxiety. Couples therapists can help couples deal with these feelings and begin the healing process.

The results of a study published in Psychotherapy and Psychosomatics found that a high negative affectivity was associated with a higher risk of heart attacks. This was in part because this personality trait, called TDP, has been linked to the development of coronary artery disease. Although there is overlap between TDP and depression, these two personality types are not the same.

However, it is important to note that people with heart attacks may also experience anxiety and depression afterward. Research has shown that more than one third of people experiencing a heart attack experience depression. People suffering from depression should consult a medical professional as this can increase their risk of a second heart attack. Additionally, the use of anti-depressant medications may cause some changes in personality.

Some of the risk factors that affect your risk of heart attacks are smoking, being overweight, and not getting enough exercise. Other risk factors include your genetics, family health history, and lifestyle habits.