How to Prevent Lung Cancer Recurrence 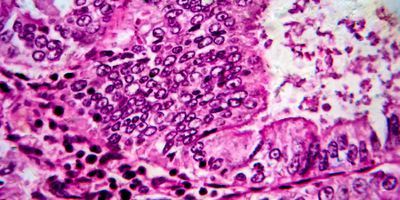 If you’ve been diagnosed with lung cancer, you may be wondering what the chances of recurrence are. You’re also probably wondering what will stop cancer from recurring naturally. If you want to live for 20 years after your diagnosis, here are some tips to consider.

What are the odds of lung cancer returning?

The odds of lung cancer recurrence after treatment depend on several factors. The odds are highest within two to five years after initial diagnosis. About 30 percent to 55% of people with stage I to IV of non-small cell lung cancer will develop a recurrence. The chances of recurrence are highest in stage I and stage II lung cancer, though the odds can increase significantly by stage IV.

The National Cancer Institute recommends clinical trials for patients with stage four lung cancer to find out if the cancer will recur. The aim of these trials is to test new treatments to treat recurrent cancer. Recurrent lung cancer is usually advanced and has increased size, which makes treatment harder. However, if diagnosed early enough, a recurrence is often treatable and can increase the patient’s life expectancy.

When does lung cancer usually recur?

A lung cancer recurrence usually occurs between two and five years after a patient has been diagnosed. This type of recurrence is difficult to treat and reduces a patient’s life expectancy. It is important to understand that there are many factors that contribute to a recurrence, and the exact time depends on your individual case.

In a majority of cases, the disease will recur at a location different than the original tumor. However, about one-third of these cases will involve a mixture of distant and local sites. In these cases, treatment options must be tailored to your specific needs and goals. You will need to make your healthcare provider aware of your goals, and you will need to ask questions about your options. In addition, you will need to form a support group to help you through the process. Counseling may be helpful as well.

There are a number of different factors that affect the risk of a recurrence of lung cancer. These include age at diagnosis, smoking index, and stage of disease. Surgical procedures are also important in preventing recurrence.

While there is no known way to prevent lung cancer from recurrence, there are many measures you can take to lessen the chances of it occurring. One way is to change your lifestyle to reduce your exposure to tobacco and alcohol. You can also cut down on your stress.

Can you live 20 years after lung cancer?

The outlook for lung cancer depends on the stage of the disease, its location, and your overall health. The good news is that survival rates are improving remarkably, and nearly half of patients with stage I lung cancer or less will live at least five years after their diagnosis. The poor news is that the survival rate is much lower if you’re diagnosed later.

Although the survival rate for early-stage lung cancer is much lower than for other cancers, lung cancer can still be cured. Recent advances in lung cancer treatments have increased survival rates. In the United States, tens of thousands of people are cured of NSCLC. In addition, many patients are cured even after advanced stages of the disease.

According to the American Cancer Society, there will be more than 236,000 new cases of lung cancer in 2022. The survival rate for localized lung cancer is more than double that of distant lung cancer. This is because early detection improves patients’ chances of survival. However, lung cancer is often difficult to detect, and many people don’t have any symptoms.

Can lung cancer be cured completely?

When you have lung cancer, the best treatment option is early detection. Early diagnosis allows doctors to perform procedures such as CT scans and X-rays to identify suspicious masses. The doctor may then perform a biopsy to confirm the presence of cancer. Treatment for early-stage cancer is usually surgery, although it may also involve chemo or radiation therapy.

Radiotherapy is a common treatment for lung cancer and can help with the symptoms. This therapy is sometimes used alone or in combination with chemotherapy. It may be used for patients with localized, small-cell lung cancer, or who cannot undergo surgery. The radiation used for radiation therapy is focused to kill cancer cells while sparing healthy tissue. The radiation is usually delivered via a machine, but it can also be delivered internally through tubes.

While surgery and radiation therapy focus on the cancerous cells in a specific area, chemotherapy reaches every part of the body to kill them. Most patients receive chemotherapy through an IV infusion. These drugs target different types of cancer cells, and different drugs work differently. Your oncologist will decide on the most effective treatment plan for you. If you have stage IV lung cancer, you may receive chemotherapy before or after other treatments.

Which cancer has highest recurrence rate?

Long-term survival rates for NSCLC patients are influenced by many factors, including age at recurrence, smoking index, tumour size, and extent of pulmonary resection. Other factors, such as tumour stage, the length of time since the diagnosis, and the number of mediastinal lymph nodes involved in the disease, can also impact the recurrence rate.

Can you survive lung cancer twice?

After a lung cancer diagnosis, survivors must continue monitoring for many years to ensure that the disease does not return. Recurrence is more likely in the first five years after treatment, so it is crucial that patients stay under constant observation. The chances of recurrence differ from person to person, so it is important to discuss the risks and treatment options with your doctor.

If you do develop a recurrence, you will likely need to undergo different treatment depending on the stage of the cancer. In early stages, surgery may be enough to cure the disease. Advanced cases, however, may require chemotherapy or other treatments. These therapies can be targeted to specific changes in the cancer cells, which can slow down or stop the progression of the disease.

Although lung cancer is a serious disease that has very low overall survival rates, it’s still possible to live a long life after treatment. In fact, survival rates are improving. About one-third of patients diagnosed with lung cancer survive for five years after diagnosis. Depending on the stage of the disease, survival rates can increase to as much as ten years.

Can lung cancer go into remission?

Lung cancer may go into remission, which is a phase where there are no signs or symptoms of the disease. It can last anywhere from months to years. However, remission does not mean the cancer won’t come back. Doctors can’t predict when a patient will experience a recurrence, but it’s most common in patients with advanced stage cancer or those who had lymph nodes involved in the cancer’s spread.

Chemotherapy is one of the standard treatments for recurrent lung cancer. It involves using drugs to stop cancer cells from growing and dividing, and it can dramatically improve a patient’s quality of life. This treatment is typically given over a specified period of time, and the drugs used are dependent on the type of lung cancer the patient has.

After receiving treatment for lung cancer, survivors should continue to see their doctors as often as possible. These visits are necessary to monitor for any new symptoms that arise, because they could be caused by the cancer coming back or by another disease. Many physicians recommend that patients have regular follow-ups every three months for the first few years, every six months for the next few years, and yearly after five years. Other doctors may advise a different schedule.