How to Get the Pain and Gain Quest in Destiny 2 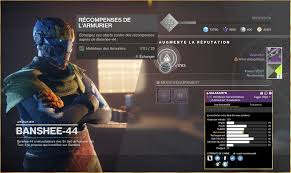 To get the quest, you must defeat the boss enemy in Lost Sector. This can be done through three separate activities. First, you must complete the step in the EDZ by defeating a boss enemy. The second activity is to complete the Heroic Public Event. Once you’ve done that, the next activity requires you to go to a secret location.

You can find Lost Sectors in the EDZ. You will also find Nightlife and Heroic Public Events in this area. After you’ve finished these two quests, you can start the Exotic Quest in Lost Sectors. You will have to finish this community event before you can get the quest.

The riskrunner quest is a very easy one to complete. All you need is the catalyst from bhm nanroli, and then complete the guardians quest at the tower. If you are a new light player, you will not need to complete this quest line. The quest line you pick will be the beginning of the campaign.

You should be able to get the riskrunner after completing the first mission in the main campaign. Obtaining this quest will reward you with powerful gear that will help you level up for the raid. It will also give you a chance to obtain the new weapons, which are very powerful for a gunslinger. You can also get it by performing an epic quest called A Spark of Hope. You can use this quest to earn a new exotic machine gun, the Sunshot.

Once you have completed this quest, you’ll receive a new Exotic SMG and a catalyst. Getting these weapons will allow you to build powerful weaponry in the future. These two weapons will be useful in battles with enemy creatures and enemies. You can get a lot of cool stuff in the game, so don’t be afraid to make the most of them!

You can find a list of quests in the Destiny 2 game hub. You just need to follow the instructions. Remember, the quests are much easier if you have a lot of friends. You can matchmake in the lowest Nightfall difficulty for your friends.

Getting the Pain and Gain quest

Getting the Pain and Gain quest requires you to talk to Banshee-44 in the Shadowkeep. As part of this quest, you will be rewarded with a Riskrunner exotic SMG. In addition, you will gain the Riskrunner Catalyst, which makes your weapon even more powerful.

You should do this quest after completing the “Roses, Candlelight, and…” quest line. The reward you get is a piece of powerful gear that’s useful for leveling up for the raid. Getting the Pain and Gain quest requires you to use emotions. It will also require you to kill three Captains of Dusk.

Completing these quests is relatively simple and will only take a dedicated play session. It is recommended to use a fireteam if possible. This activity is not too difficult if you communicate well with other members of your fireteam. If you are using your Fireteam efficiently, you can easily complete the mission. After you’ve completed the quest, you can then start the Heroes’ Community Event. The event will require you to beat the Heroic version of the quest.

The Pain and Gain Quest is the first of two story missions in Destiny 2. It requires players to kill three Dusk Captains and one Walker Tank to get their Exotic. After doing this, you will receive an exotic rifle. It is important to note that the quests aren’t a prerequisite for leveling the game.