How Much Is a Lyme Disease Test? 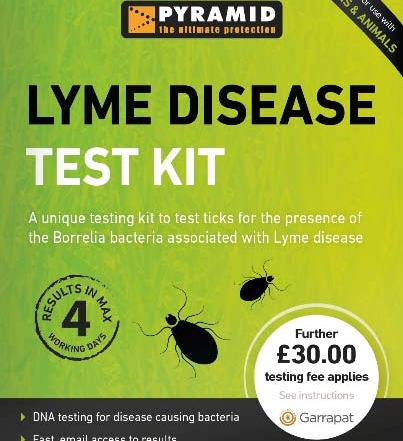 There are many questions that arise when getting a Lyme disease test. For example, does insurance cover the costs? What is the best test for this condition? And how do I get a test? And what should I do if I think I may have it? Read on to discover the answers to these questions and more.

If you have been diagnosed with Lyme disease, you may be wondering if your health insurance will cover your tests. The answer may depend on your circumstances. You may already have an underlying health condition, or you may have recently contracted the illness. If you are worried about the cost of testing for Lyme, you can call your insurer to ask. The CDC estimates that over 30,000 Americans contract Lyme disease each year.

Most Lyme disease symptoms subside after taking antibiotics for a few weeks. However, if the symptoms persist after those weeks, you may need longer-term treatment. This is often expensive, and insurance companies will not cover it unless it is a chronic illness. However, the Lyme Light Foundation offers grants to help those who cannot afford to pay for the costs of treatment.

Because blood tests for Lyme disease are not 100% accurate, some people end up with false positives. While Lyme disease symptoms can include aches and pains, doctors aren’t always able to distinguish them. This can lead to unnecessary antibiotic treatment, which may lead to side effects or allergies.

What is the most accurate test for Lyme disease?

There are several types of tests available for diagnosing Lyme disease. One of them, the blood test, looks for antibodies to the bacteria that causes Lyme disease. It is not completely accurate, but it can help in the diagnosis process. Blood tests for Lyme disease are often ordered by a doctor if you have certain symptoms that are consistent with the disease.

The first type of test is the ELISA test, which measures antibodies against the Lyme bacteria. This test is highly sensitive, but it has low specificity. It is usually followed by a second test, called a Western blot. You can choose an ELISA test that measures IgM antibodies only or a combined test using both IgM and IgG antibodies.

ELISA tests can also be ordered online. These tests measure antibodies to Borrelia burgdorferi bacteria, which is the cause of Lyme disease. However, they may give false results, especially during the early stages of the disease, as the body does not produce enough antibodies to fight off the bacteria.

How do you get checked for Lyme disease?

You can be tested for Lyme disease by getting a blood test. The process typically involves drawing blood from a vein in the arm. The blood is then sent to a lab for testing. It will take less than five minutes to draw a sample. If the test results are positive, you may need to have a cerebrospinal fluid test as well. If you have numbness or a stiff neck, these are signs that Lyme disease has affected your nervous system. Antibiotics can be helpful for treating Lyme disease, but they may also cause side effects and can cause dangerous allergic reactions.

It can take two to six weeks for a test to identify antibodies, so if you feel unwell after being bitten by a tick, contact your doctor immediately. Although it’s important to be tested for Lyme disease as soon as possible, it can be challenging to know when to get tested. Symptoms can take weeks to develop. When the time comes to visit the doctor, you should make an appointment to be tested. You should also discuss the symptoms you’re having with your doctor.

How long after tick bite should you get tested?

The first step in diagnosing Lyme disease is to determine if you’ve been bitten by a tick. Most people who contract the disease have been bitten by a baby tick – a tiny, black-and-white bug about the size of a pinhead. If you bite a tick, you should remove it as soon as possible. Leaving the tick on you for 36 to 48 hours increases the risk of getting the disease. Fortunately, most people can get treatment for Lyme disease with antibiotics. However, if you’ve had Lyme disease for more than eight weeks, treatment may be more complex.

There are two types of tests to confirm whether or not you have Lyme disease. The first is a simple blood test, and the second one is a more specific diagnostic test. Both tests can be done with the same sample. If the first test is positive, the second test isn’t necessary. Otherwise, if you have a positive or equivocal result on the first test, you’ll need to get another one.

Why do doctors deny lymes?

Lyme disease is not a disease that comes out and shouts “I’m sick.” The typical signs are a bullseye-like rash and a fever. However, some cases of Lyme disease may not have these symptoms at all. Some cases have a variety of symptoms, which doctors may be unable to recognize or treat appropriately. Those who suffer from Lyme disease should seek medical treatment immediately, as treatment is usually effective.

Chronic Lyme disease can cause debilitating health problems, including pain, fatigue, and foggy thinking. In addition, it can affect the nervous system, skin, and joints. This is because the infectious agents in Lyme attack connective tissues and move around to different parts of the body.

In the United States, approximately 30,000 people are diagnosed with Lyme disease every year, and the real figure is likely much higher. As a result, doctors often deny diagnosis and treatment, putting Lyme patients at risk for suicide and other health problems. This is an international issue, and patient groups have taken these concerns to the UN. Some states have passed laws to protect physicians who are treating patients with Lyme disease.

How long after tick bite do you get Lyme disease?

The first symptom of Lyme disease is a bull’s-eye-like rash that appears about three to twenty days after a tick bites you. The rash may start small and spread, or it may be large and stretch over a period of days or weeks. The rash is often accompanied by flu-like symptoms or fatigue. The rash can appear on any part of the body, although in children it usually appears on the trunk or head and neck.

It’s important to get medical attention as soon as possible after a tick bite. It can take two to six weeks for blood tests to turn positive for Lyme disease. To help avoid Lyme disease, always treat your clothing and skin with a chemical repellent, such as DEET, or picaridin. It’s also important to check for ticks regularly. The longer a tick remains attached to your skin, the higher the risk of infection.

When you remove a tick after a tick bite, it’s vital to keep it clean and dry. Always use fine-tipped tweezers to gently pull out the tick. If you can remove the tick quickly, the risk of getting Lyme disease is greatly reduced. Make sure the tick’s appearance and shape are carefully noted.

What are the 3 stages of Lyme disease?

Lyme disease is a tick-borne disease. The disease progresses in three stages, each characterized by different symptoms. In the first stage, the disease appears in the early days after the tick bite. This stage may last from three to 30 days. In Stage 2, the disease spreads throughout the body.

In Stage three, the disease worsens. This stage is the scariest one, since it is often difficult to treat. Some patients may experience persistent symptoms, even after receiving antibiotics. Getting proper medical care can prevent permanent damage and life-threatening complications. If you suspect you have Lyme disease, consult a doctor as early as possible.

As the disease progresses, joint pain, tingling, and depression may develop. The pain may also spread to other parts of the body, including the heart. Additionally, Lyme disease can cause symptoms in the brain, such as brain fog and memory loss. As a result, people with the disease may have trouble remembering events, concentrating, or speaking. They may even suffer from mood problems, which can lead to misdiagnosis by mental health professionals.