How Does Technology Help in Detecting and Treating Cancer? 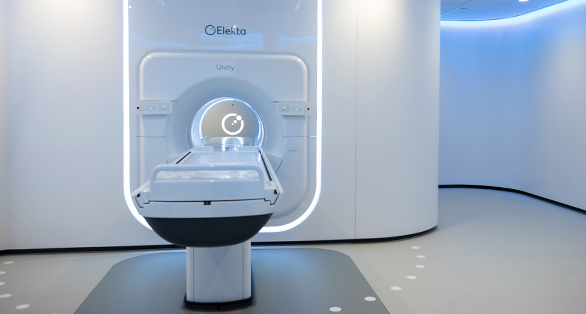 There are many ways technology can help detect cancer and help doctors to diagnose the condition. AI, nanotechnology, and medical imaging have all helped doctors find cancer and improve the treatment process. But which type of cancer scan is best? These are just a few of the questions that need to be answered to help us better understand how technology is helping doctors detect cancer.

How does technology detect cancer?

With advances in imaging and computer technology, physicians and researchers can more effectively detect cancer at an early stage. For instance, AI can analyze body scans for signs of cancer, while liquid biopsies can detect signs of cancer in blood samples. This technology can be useful in remote areas where physical examination is not feasible.

In addition to improving the detection of cancer, the ability to diagnose it early improves a patient’s chance of survival. But, most cancers are difficult to detect at an early stage. This means that patients may die before they receive treatment. Therefore, early diagnosis is essential. Digital technologies have a huge role to play in healthcare, and new digital tools are being developed to help doctors detect and treat cancer at all stages. These range from simple apps that encourage healthy lifestyles to sophisticated technology that identifies cancers that cannot be detected with conventional methods.

The most important weapon in the fight against cancer is early diagnosis. This is one of the reasons why the scientific community is continuously striving to improve diagnostic tools. As a result, the development of new technologies has improved the lives of millions of people.

How does AI help cancer detection?

In a recent study, researchers developed an AI system that can better distinguish between noncancerous changes on CT scans and cancers. This could lead to fewer false-positives and save some patients from invasive procedures and stressful follow-up tests. Researchers used a deep learning algorithm to train the system to detect cancers and avoid noncancerous changes. They found that the algorithm was remarkably accurate, detecting as many as 63% of the cancers as a radiologist.

The scientists trained the system on more than 40,000 CT scans. These scans were taken before lung cancer was diagnosed. They then taught the computer which scans were malignant and which ones were benign. As the training continued, the computer learned to differentiate between malignant and benign spots and began flagging them as early warning signs of cancer.

AI has tremendous potential in cancer diagnosis and treatment, but it will take substantial investment to use these capabilities. To achieve this goal, the NCI and DOE are partnering on two major efforts. Together, they are leveraging supercomputing power and AI expertise to help discover new treatments. These projects will apply AI to identify tumor characteristics and predict new drugs to target cancers. Researchers will also use AI to evaluate the effectiveness of current drugs and develop novel approaches for developing new drugs.

Nanotechnology is helping doctors detect and treat cancer in several ways. Nanoparticles have the ability to detect tumor cells, and they can also help reduce the toxicity of traditional cancer treatments. For example, nanotechnology can be used to improve PET imaging of tumors. Nanoparticles are small, uniform particles that can be easily deposited on tumors and used in PET imaging.

Nanoparticles can detect circulating tumor cells, as well as their genetic content. They can also detect cancer-related proteins and carbohydrates, as well as exosomes, which are shed from tumor cells. Ultimately, this technology can help physicians detect cancer at an early stage, monitor therapy, and improve overall patient care.

What is the best scan to detect cancer?

There are two types of scans to detect cancer: CT scans and MRI scans. Both can produce high-quality images of the body. When used together, they will give doctors the best chance of detecting cancer. In addition, MRI scans can help doctors measure the depth of tumours. A CT scan is usually used to detect bladder and cervical cancer.

A CT scan works by taking several pictures of your body from different angles. A computer will then process them and create a three-dimensional image that shows any tumors and other abnormalities. Some CT scans use a contrast material to improve the detail of images. This can be administered as an injection, liquid, or pill. The scan usually includes the abdomen, chest, and pelvis. The results will help your doctor determine the stage of the cancer.

The best scan to detect cancer depends on the type of cancer. Certain tests detect certain kinds of cancer faster than others. Your doctor may use MRI, CT, or ultrasound to detect the disease. In some cases, your doctor may recommend a blood test.

Machine Learning algorithms are a powerful new tool for identifying lung cancer. They are capable of identifying cancerous cells in the early stages, with high levels of accuracy. However, they are also prone to false positives and negatives, as their training data is finite. Unfortunately, this bias is not revealed to clinicians. An article published by the National Cancer Institute has raised concerns about this issue.

To overcome this problem, researchers developed algorithms using a deep learning (DL) technique developed by Google. These algorithms use artificial intelligence to train a computer to classify lung cancer specimens without any human instructions. The researchers used the histopathology slides of over a thousand lung cancer cases, which were publicly available through the Cancer Genome Atlas. The researchers from New York University Langone Medical Center, in New York, published the results in the journal Nature Medicine. The accuracy of these models is a huge leap in comparison to earlier methods.

What machine can detect cancer?

A MRI is a scan that creates pictures of the inside of the body using strong magnets. The scan does not use radiation and can help doctors plan treatment for the cancer. An MRI can also help doctors determine the stage and location of the tumor and track the response to treatment. The machine works by taking a series of cross-sectional slices from different angles and can pinpoint areas where the cancer is most likely to develop.

This type of scan can reveal cancer by detecting the presence of a cancer cell. A cancer cell that produces a tumor will release a protein called exosomes. The protein in these exosomes contains information that cancer cells can use to grow. These proteins and other molecules are active when cancer cells are active, so the machine will show this up on the scan.

To train this machine, scientists used a database of more than 40,000 CT scans of people with lung cancer. The scientists taught the machine which scans contained cancerous spots and which ones didn’t. The computer eventually learned how to distinguish between benign and malignant spots and became more accurate.

AI is becoming increasingly useful for cancer detection. It has the potential to improve diagnostic accuracy, reduce the number of unnecessary surgeries, and improve patient care. In the past, doctors were prone to making false positives, which were physically and mentally draining. AI-based breast cancer screening systems could minimize these mistakes, and researchers at the Massachusetts Institute of Technology are developing such machines to detect the disease sooner. Professor Regina Barzilay, a recent MacArthur genius grant recipient, is one of the researchers working on these systems.

Current AI devices are being used to analyze a variety of solid malignancies, including prostate cancer, breast cancer, and lung cancer. But they may not be able to detect cancer in rare tumours, a category that is crucial for precision oncology. In this case, AI may be too late.

In addition to cancer diagnosis, AI may be able to target cancer treatments. A recent study showed that specific cancer tumor structures respond to different types of treatments. The study matched a patient’s treatment regimen to their cancer subtype, which ultimately improved their prognosis. But it should be noted that no two cancers are the same. That is why cancer treatment must be personalized, and AI may help to address this issue.

How can you detect cancer at home?

A self-exam of your breasts is one of the easiest ways to detect cancer in its early stages. This simple test requires no special equipment and is safe for everyone, even young women. By checking yourself every month, you can find lumps and bumps in your breasts that may be a sign of cancer. If you notice any changes, contact your doctor to schedule an appointment.

Imaging tests can determine the location and type of cancer. These tests can reveal abnormalities in a person’s organs and bones. They can also reveal if cancer has spread. An MRI of the breast can show whether the cancer is in a specific part of the body, and an ultrasound can show the cancer spread.

Colorectal cancer, which affects the colon and rectum, is the third most common type of cancer among adults in the U.S. Colorectal cancer can be detected by a home test. Some at-home kits look for blood in stool, indicating the presence of a growth. The presence of blood is a sign of polyps or adenomas, which may be cancerous.