How Does Cymbalta Help With Pain? 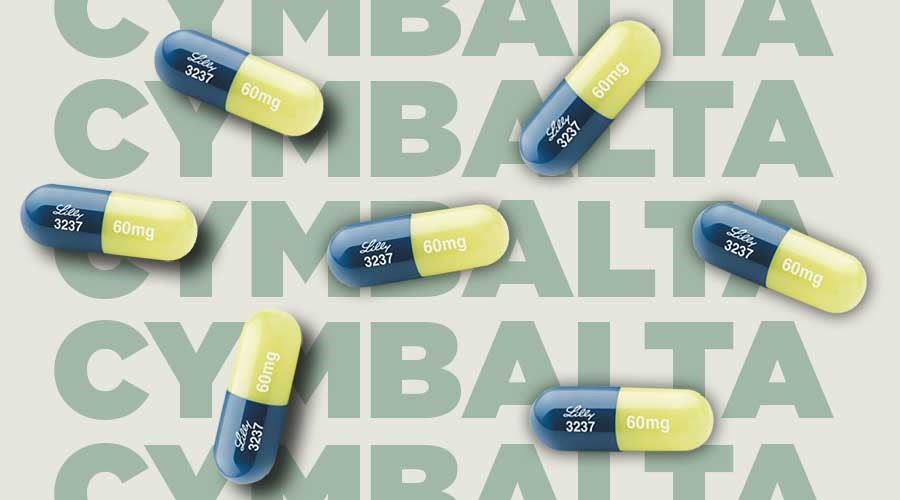 If you suffer from nerve pain, you may be wondering how fast Cymbalta works. Is it really effective at relieving pain? And does it relieve pain instantly? In this article, you will learn more about Cymbalta’s effectiveness. It is an FDA-approved medicine that was approved in 2009.

How quickly does Cymbalta work for pain?

Cymbalta is a medication that is approved for the treatment of chronic musculoskeletal pain. It can take six to eight weeks to produce its benefits. During this time, users may experience an improvement in pain, energy, and sleep. Despite the lengthy time frame, the drug is generally considered effective for relieving pain.

Before you start taking Cymbalta, it is essential that you discuss the drug’s benefits and side effects with your doctor. You may be asked to take it once or twice a day, depending on your specific medical condition and the frequency of your usage. It is best to take the medication at the same time each day to maintain consistent drug levels.

The recommended dosage of Cymbalta for adults is 60 mg once a day. However, you may start with a lower dosage and work your way up. For example, if you’re suffering from chronic musculoskeletal pain, you should start with 30 mg once daily. Once you’ve begun to feel relief, you can increase the dose to 60 mg per day.

How does Cymbalta work on nerve pain?

Cymbalta is a drug that works on nerve pain by increasing the levels of neurotransmitters in the brain. These chemical messengers regulate pain perception and mood. When they are low, people may feel depressed or suffer from anxiety. These drugs work by increasing the level of norepinephrine and serotonin, which are produced in the body. As a result, the drug is believed to alleviate pain in people suffering from fibromyalgia.

In addition to relieving pain from nerves, Cymbalta can reduce the sensation of musculoskeletal pain. This type of pain can be caused by an injury to the joints, muscles, or bones. Cymbalta is approved for treating these types of pain but is often associated with serious side effects. Some people have developed liver damage or even pneumonia after taking the drug.

Cymbalta’s active ingredient, duloxetine, has antidepressant properties. It is effective in relieving fibromyalgia pain by raising serotonin and norepinephrine levels. It may also relieve depression, which is a common symptom of fibromyalgia. Although it may have negative side effects, Cymbalta is approved by the FDA to treat musculoskeletal pain and depression.

Does Cymbalta really help with pain?

Cymbalta is a prescription medication used to treat chronic musculoskeletal pain in adults. It works by increasing levels of certain neurotransmitters in the brain. These chemicals control mood and pain sensitivity. Specifically, Cymbalta increases serotonin and norepinephrine levels.

Cymbalta was approved for the treatment of fibromyalgia by the FDA in June 2008. Fibromyalgia is a condition that is characterized by widespread, chronic pain. It can be debilitating and affect overall quality of life. Symptoms typically begin in middle age and can last for a long time.

CYMBALTA was studied in 184 children and adolescents with fibromyalgia. In this study, patients were given 30 mg/day for a week and then increased to 60 mg for the following 12 weeks. Approximately half of the patients completed the study phase.

The cyclic antidepressant is often used for treating chronic pain. It was first approved for treating depression, but later it was found to be effective in treating pain. It targets neurochemicals in the brain that regulate pain and mood. It was developed by Eli Lilly as a successor to Prozac, and became the company’s most popular drug. While antidepressants had been used for many years before Cymbalta, Lilly sought opportunities to market it for chronic pain.

Cymbalta is a medication that blocks the activity of two brain chemicals that affect how the body perceives pain. Low levels of these chemicals are known to contribute to depression and pain. Cymbalta works by restoring this chemical balance, causing pain to subside and depression to disappear. It is usually prescribed as a 60-milligram tablet taken once a day. However, some people may need to take less or more than that, depending on their response. It is important to take the medicine with a meal, and you should avoid alcohol while taking Cymbalta.

Several studies show that patients suffering from peripheral neuropathy improve after taking Cymbalta. The medication is an FDA-approved treatment for the pain associated with this condition. Taking Cymbalta can help patients manage their nerve pain, and can even help prevent diabetes from progressing. However, the treatment has side effects, including headaches and nausea. Those who are taking Cymbalta should talk to their healthcare providers to ensure that it is safe for them to take.

What does it feel like to be on Cymbalta?

Cymbalta is a type of prescription medication approved for treating mood disorders. It works by altering brain chemicals that control the mood. It doesn’t make users “high,” but it can cause people to feel sleepy or lethargic. For this reason, people should avoid driving or operating machinery while they’re on the medication.

The main concern when taking Cymbalta is that the drug may increase the level of serotonin in the blood. This could increase the risk of serotonin syndrome, a potentially life-threatening condition. If you’re taking other drugs that raise serotonin levels, you should discuss your treatment with your doctor.

It’s important to note that Cymbalta can cause suicidal thoughts and behavior. This is why the drug’s label warns against suicidal behavior. Additionally, it’s important for pregnant women to talk to their doctor about the risks of taking Cymbalta while breastfeeding. While there is no evidence of harm to a developing baby from Cymbalta, there are several risks to expect.

How do I know Cymbalta is working?

Cymbalta is an FDA-approved medication for the treatment of generalized anxiety disorder. This condition is characterized by persistent, extreme anxiety that interferes with daily life. While almost everyone experiences anxiety at one time or another, severe anxiety can last for up to 6 months and limit daily activities. Fortunately, there are many treatments for this condition, and Cymbalta is one of them.

Cymbalta works in the brain by blocking the serotonin and norepinephrine reuptake system. While the medication can take a few days to start working, it can take up to 8 weeks to feel full effects. It can also interact with several medications and supplements. Some of these interactions may limit the drug’s effectiveness or make its side effects worse. If you are taking any of these drugs, it is crucial to contact your doctor to discuss your treatment options.

Some other side effects of Cymbalta include increases in blood pressure, decreased sexual activity, and increased risk of serotonin syndrome. These are rare, but can affect the treatment. Some people who take Cymbalta may experience eye pain or increased heart rate.

Is Cymbalta similar to gabapentin?

Cymbalta is a selective serotonin reuptake inhibitor antidepressant that is approved for neuropathic pain, anxiety, and fibromyalgia. Its use in these conditions is not without risk, however. The drug has been known to cause serious side effects, including depression, mood swings, and suicidal thoughts. It is best to consult a doctor before starting or stopping this medication.

Gabapentin is a popular antiepileptic drug that is also used for other conditions. In addition to treating neuropathy pain, gabapentin is approved for bipolar disorders, chronic cough, and diabetic peripheral neuropathy. It is also approved to treat anxiety and major depressive disorder.

A new study has found that gabapentin may be just as effective for treating chronic neuropathic pain as Cymbalta. Both drugs are approved for the treatment of neuropathic pain associated with spinal cord injuries. Moreover, there are similar side effects between the two drugs.

Does Cymbalta give you energy?

Cymbalta is a drug that helps you manage your mood, sleep, and appetite. It also helps reduce pain. However, there are a few side effects to this drug. Some people experience nausea, headaches, drowsiness, or dizziness. It is important to speak with your physician before taking this drug to ensure that it is safe for you to take.

Cymbalta works by increasing serotonin and norepinephrine levels in the brain. These two neurotransmitters help regulate mood and learning. They also increase alertness and help you form memories. If these neurotransmitters are depleted, you may develop depression.