How Does Anorexia Affect the Digestive System? 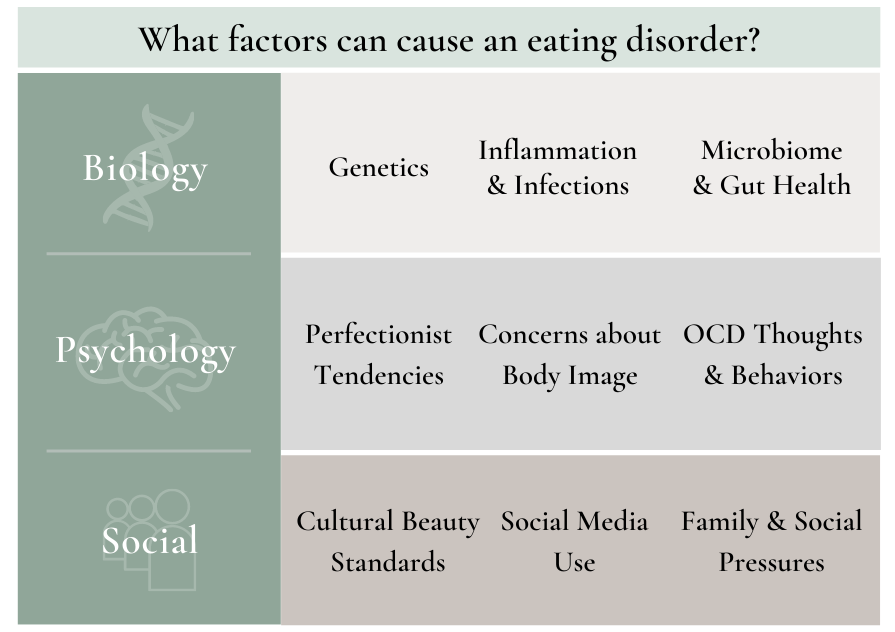 Several physical symptoms of anorexia arise from the digestive system. Changes in food movement through the GI tract lead to bloating and constipation, and the stomach empties slower. These effects intensify the fear of being fat. As a result, reintroducing food is painful, and can be extremely difficult for the sufferer.

How does anorexia affect bowel movements?

Bowel movements are one of the most frequent problems associated with anorexia nervosa, and are often a cause for concern for patients. The lowered calorie intake leads to a decreased gastric motility, which can affect the bowel’s ability to empty properly. This can lead to uncomfortable bloating, extreme fullness, and pain. Fortunately, regaining weight can improve colonic motility. But in some cases, the patient may need stronger laxatives.

The restriction of food can also cause the stomach to empty slowly or fail to empty at all. This can result in bloating, abdominal pain, constipation, and infrequent bowel movements. The weakened digestive system also causes a condition called gastroparesis, which slows or stops the emptying of the stomach. If these conditions are persistent, a physician should be consulted.

While anorexia may cause weight loss and rapid weight loss, it can also lead to dry skin and nails, thinning hair, and other symptoms. If left untreated, these symptoms can lead to serious health problems, such as heart failure. Anorexia sufferers also suffer from a decreased ability to breathe. A lack of oxygen can affect their heart and their brain, resulting in shortness of breath and fatigue. Eventually, these symptoms can lead to death.

Can an ED cause stomach issues?

The digestive tract and liver are involved in a wide variety of GI symptoms. Some of these symptoms may be severe, requiring nutritional rehabilitation. The symptoms may involve the entire GI tract, or they may be more localized in the liver and pancreas. Although the cause of these symptoms is not known, it is likely related to severe malnutrition.

Both ED and AN can cause stomach issues, and often are accompanied by malnutrition. As a result of the disordered eating and compensatory behavior, the body’s digestive tract is not functioning properly. This can lead to gastrointestinal complications that can range from minor discomfort to life-threatening injuries.

Besides being mentally difficult, recovery from ED and Anorexia can be physically painful. The most effective treatment is eating regular meals. You can also use hot water bottles and heat pads to ease the discomfort.

What are 5 physical effects of anorexia?

Anorexia nervosa can cause a number of medical complications. People with this disorder are often anemic, meaning that they do not have enough red blood cells to carry oxygen throughout the body. This can cause a person to feel tired all the time. Anorexia can also reduce the production of white blood cells, which are necessary to fight infections. This means that people with anorexia may experience more frequent illnesses and a longer recovery time.

Severe anorexia can also affect the heart. The heart is required for proper blood circulation, so being severely anorexic can cause a decrease in heart rate and muscle loss. This can lead to cardiovascular problems and even death. Another physical effect of anorexia is that it can lead to depression and mood disorders.

Women suffering from anorexia may also experience problems conceiving. Low levels of estrogen and testosterone in the body can make it difficult for women to conceive. Some women who suffer from anorexia may never have a period again. Additionally, ovulation and menstruation may be affected, leading to complications during pregnancy.

Why do anorexics get stomach pain?

Stomach pain is one of the common symptoms of anorexia nervosa. Because anorexics eat such small amounts, their digestive systems are weak and cannot function properly. This results in a condition called gastroparesis. It slows down or stops the emptying of the stomach, causing symptoms like pain and bloating.

Stomach pain is caused by a number of factors. In a healthy person, food moves through the digestive tract more quickly. In an anorexic, it takes up to 5 times longer to digest food than it would in a normal person. This is due to a reduced secretion of digestive enzymes. In addition, extreme thinness makes the stomach muscles and nerves more prone to pain.

What are three long term effects of anorexia?

Anorexia is a disease that severely affects the body. Its consequences range from nutritional deficiencies to impairment of bone structure and strength. It can also lead to osteoporosis. In extreme cases, anorexia can also affect the brain, leading to confusion, seizures, and numbness in the hands.

The brain requires nutrients and calories to function properly. It needs fat to insulate nerves and electrolytes to send messages. Starvation causes the brain to shrink. Although this shrinkage can be reversed by eating healthy amounts of food, if left untreated, it may result in permanent shrinkage. Permanent shrinkage of the brain can have serious consequences, such as memory loss and decreased concentration.

Anorexia can begin as a reaction to a stressful event in a person’s life. Many individuals experience symptoms such as anxiety, rigidity in thought, and a decreased appetite. However, it is important to note that the effects of starvation can change the brain and make it more difficult to return to normal eating habits.

What is starvation diarrhea?

Starvation diarrhea is a complication of malnutrition of the intestinal epithelium and is an important factor in the clinical outcomes of starved patients. Undernourished patients with diarrhea cannot salvage ions from excess nutrients, and they do not produce adequate amounts of energy to regulate absorption. The cause of starvation diarrhea is not known but is thought to be related to gastrointestinal disorders.

Diarrhea can be caused by many different conditions, including food poisoning, stomach viruses, and inflammatory bowel disease, such as Crohn’s disease and ulcerative colitis. Certain hormones in the body can also affect the digestive system, causing diarrhea. The following are some treatments for diarrhea.

First, you should drink plenty of water. Diarrhea can be dangerous if it lasts for weeks. It can cause dehydration and encourage water loss in the body. It is therefore important to stay hydrated and to avoid consuming spicy foods, as these can irritate the bowels.

Does anorexia make you constipated?

One of the many common physical complications of anorexia nervosa is constipation. This condition occurs because of the decreased amount of food a person consumes. Constipation can result in extreme fullness and bloating, which can be uncomfortable. Natural laxatives can relieve constipation. If natural remedies fail, stronger laxatives can be prescribed.

When food is restricted, digestion slows. Food travels slowly through the digestive tract and stays in the stomach longer, which leads to constipation. Anorexics may take up to 5 times longer to digest food than a healthy person. This is because the digestive enzymes secreted by the body are reduced in recovery from anorexia. As a result, a regular meal may take between two and four hours to digest, while a recovering anorexic can go for up to 10 hours.

The physical effects of anorexia include constipation and abdominal pain. These effects are often associated with food choices that are low in fiber. Some of the foods that can cause constipation include processed foods and sugary snacks. In addition, these foods can also cause stomach pain.

Do Anorexics have bloated stomachs?

Anorexia is a mental disorder that can cause bloated stomachs and constipation. It is caused by a lack of nutrients and inadequate food intake. As a result, people with anorexia have a lower number of gut bacteria. This leads to constipation and the inability of the intestines to produce bowel movements. Additionally, anorexics are likely to suffer from altered metabolism and crave odd foods.

The digestive system becomes weak in the anorexic patient’s body because they don’t eat enough. The weakening of the muscles in the digestive tract causes gastroparesis. Consequently, the stomach takes longer to empty. This results in GI symptoms and a challenging recovery.