How Do Paramedics Treat a Heart Attack? 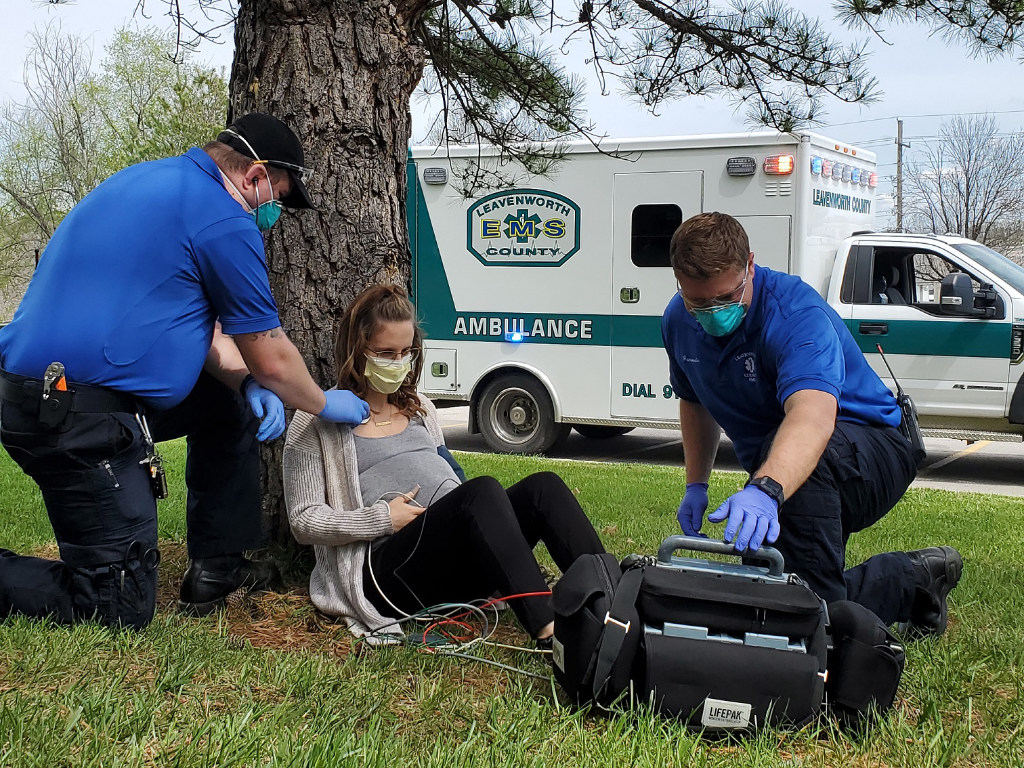 Heart attacks are often caused by a lack of oxygen, so it’s crucial that you know what to do if you think you are having a heart attack. Fortunately, there are several treatments available, including CPR and Defibrillation. If the heart attack is caught early, the paramedics can begin the treatment process before you reach the hospital.

Cardiopulmonary resuscitation (CPR) is an effective way to save someone having a heart attack. A cardiac arrest can be life-threatening, but CPR can help prolong the symptoms and buy time for a defibrillator to reach the patient. Generally, CPR involves the combination of manual chest compressions and artificial respiration. It is best performed by a trained person.

The quality of resuscitation is influenced by several factors, including the number of providers and their training and experience. Although the exact correlations between these factors are unclear, several studies have found that larger ambulance crews perform better CPR. However, the effectiveness of this treatment method is also dependent on how quickly and effectively the ambulance crews respond.

Advances in defibrillator technology offer promise in reducing perishock pauses. The development of more sophisticated software that analyzes cardiac rhythms may make it possible for rescuers to continue chest compressions without disrupting the defibrillator’s function. Furthermore, real-time performance feedback can be useful in improving the quality of CPR. This feedback can also help rescuers achieve their physiological targets.

Defibrillation when treating heart attacks can save lives and improve survival rates, but it won’t cure the heart disease or other underlying problems. Patients may need to make changes in lifestyle after defibrillation, which will depend on the cause, general health, and age. It’s important to discuss your options with your doctor.

A defibrillator is a device that delivers a high-frequency electrical shock to the heart. Defibrillation is often used during cardiac surgery to stop irregular heartbeats. These devices use round metal plates to deliver shocks to the heart. Manual defibrillators are also available, but are more commonly used in operating rooms and not in the emergency room. These devices are incredibly effective in treating arrhythmias and have been incorporated into basic life support procedures.

Defibrillation is used in emergency situations when a person’s heart cannot function normally, or when a heart attack has been delayed too long. A defibrillator sends an electric shock to the heart, which stops the arrhythmia and restores normal heart rhythm. A defibrillator may be a portable or external device.

An automatic external defibrillator is another device that is used for defibrillation. This portable device has a pre-recorded voice prompt that tells the user when to press the button and deliver a shock. The defibrillator also comes with written instructions for use.

Although an AED can save lives, defibrillation doesn’t work for everyone. However, early delivery of defibrillation can significantly improve survival rates. It is vital to administer defibrillation to a person within three to five minutes of collapse.

Although an IV fluid bolus for heart attack is a common treatment for a heart attack, there are serious side effects associated with this approach. Fluid extravasation can result in leaky vasculature and endothelial dysfunction. In addition, the fluid bolus may be ineffective in preventing further damage. Studies have shown that only half of patients who receive a bolus of fluids are clinically responsive.

The main goal of an IV fluid bolus for heart attack is to maintain blood pressure and improve cardiovascular function. Patients should be closely monitored to detect any complications and avoid hypovolaemia. This can lead to severe arrhythmias and shock. When the patient does not respond to IV fluids, the patient may require surgery or additional treatment.

The study’s limitations include the lack of control over the timing of bolus administration, the use of diuretics, and the limited number of patients with AHF. It also used an administrative database, which means the authors could not identify specific reasons for bolus administration. This may have resulted in patients being given IV fluids for unrelated reasons. Further, the study focused on patients who were not hospitalized for more than two days. Furthermore, it excluded patients who received fluids for other reasons, such as sepsis or anaphylaxis.

The time frame of the IV fluid bolus is crucial. It should be short enough to produce hemodynamic benefits while at the same time minimizing risk. For instance, the duration of the fluid challenge should be less than 20-30 minutes. In addition, the volume of fluid given should be approximately 4 ml per kg of the patient.

Taking aspirin can help to reduce the severity of a heart attack and reduce inflammation. It also reduces the formation of blood clots, which are the main cause of heart attacks. These clots are caused when plaque, which is made up of cholesterol, breaks down in the artery walls. Once inside, they can block blood flow to the heart and brain.

Although aspirin is a simple, inexpensive and effective prevention measure for cardiovascular disease, aspirin should be used carefully and with care in at-risk adult patients. Proper patient education is essential to ensure that aspirin is used appropriately. Despite the risks, doctors recommend low-dose aspirin to reduce the incidence of cardiovascular events.

People at low risk of a heart attack don’t need to take daily aspirin. If they don’t have high cholesterol or blood pressure, aspirin isn’t necessary. However, those at high risk for a heart attack should take it daily, which may help lower their risk of having a heart attack.

Aspirin is often prescribed to prevent heart attacks and strokes. While there are some potential side effects, the majority of these are mild and rarely life-threatening. However, aspirin should never be used without consulting a doctor first. It may not be the best choice for anyone with a history of cardiovascular disease, or if they have suffered from any of the listed risks.

Using low-dose aspirin to reduce the risk of a heart attack can help reduce the incidence of bleeding, which is a common complication of heart attacks. Other risk factors that should be considered include a family history of heart disease, high blood pressure and high cholesterol, and diabetes.

A Glucose/insulin/Ketose solution for a heart attack has several benefits. It helps to rehydrate the heart, reduce blood pressure, and prevents further damage. It also acts as an antioxidant and anti-inflammatory agent. In addition, it stimulates endothelial nitric oxide synthase. This combination also inhibits platelet aggregation and profibrinolysis. However, the mechanisms of insulin’s cardioprotective effects are complex. Insulin also induces potassium movement into the cell and prevents hypokalemia. It also electrically stabilizes the myocardial cell membrane.

The GIK solution for a heart attack has shown promising results in patients suffering from acute MI. It improves left ventricular function and improves myocardial perfusion. In addition, it prevents metabolic changes associated with ischemia. Several clinical trials have shown mixed results, but a recent study shows a significant reduction in mortality and infarct size in patients treated with GIK.

The CREATE study was the largest study to investigate the effects of GIK on mortality. Twenty-one patients suffering from ST-segment-elevation acute myocardial infarction were randomized to receive GIK before coronary intervention. Patients with a high-dose GIK infusion for 24 hours were compared to non-responders to the same treatment.

Although GIK is effective for patients suffering from an AMI, it is not a cure for the disease. It is only one of several options. However, it can help patients manage their symptoms and improve the quality of their life. For more information, read the study published in J Am Soc Echocardiogr.