How Did Philosophy Influence Psychology? 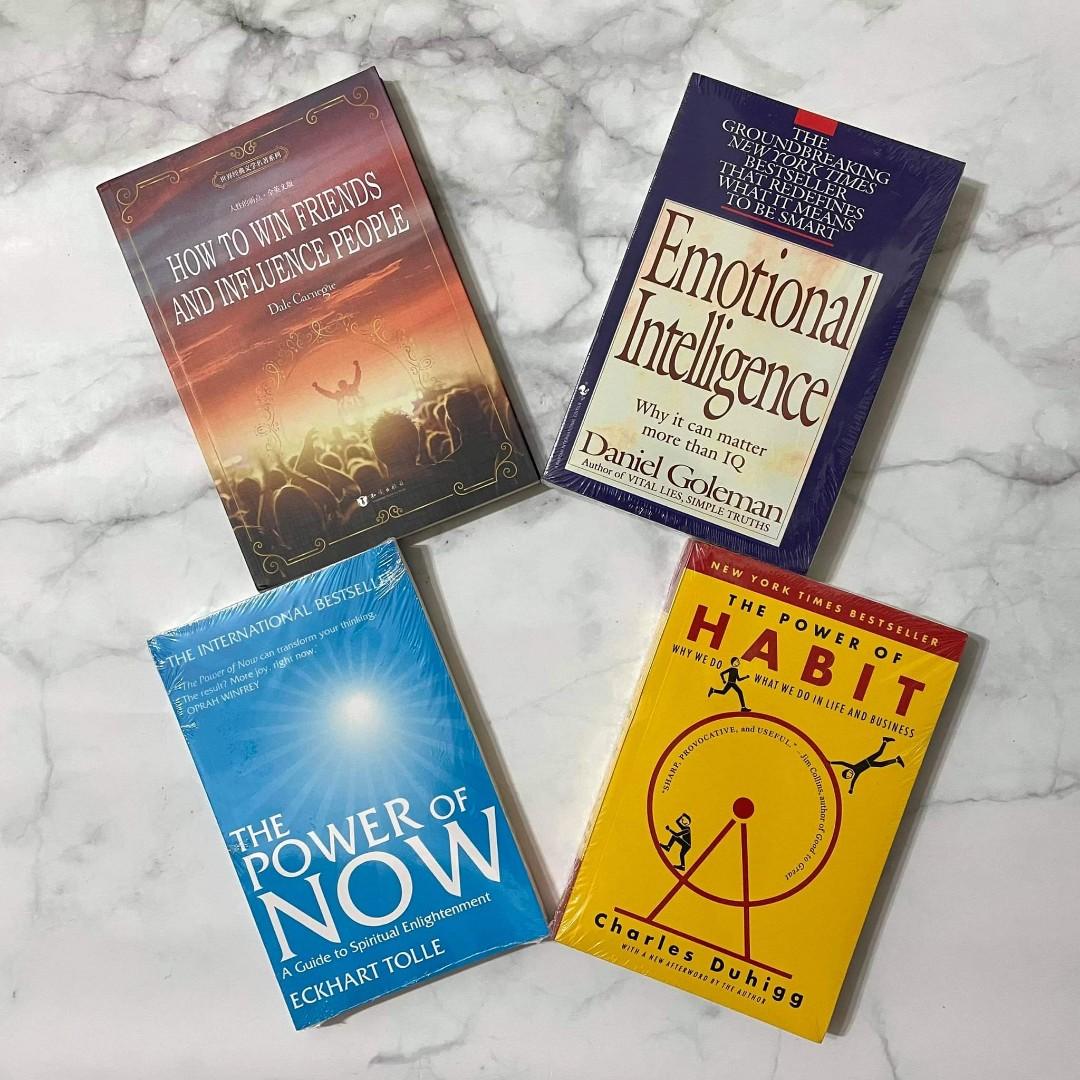 What does philosophy have to do with psychology? Is it a branch of philosophy? And why is it important? In this article, we will explore the origins of psychology and its connection with philosophy. Throughout history, psychology has been influenced by the study of various disciplines, including philosophy. To understand the roots of psychology, we will look at Aristotle, Plato, and Aquinas.

What does philosophy mean in psychology?

The study of psychology has always been a branch of philosophy. This branch has tended to focus on the nature of the mind, and what it means to be human. Philosophers have posited that we are the products of a complex system of forces, which we cannot observe directly. A person’s thoughts and feelings are, in some sense, ‘unobservable’.

While some people believe that understanding a person requires empathy, others believe that it requires us to judge a person based on their rationality. The first conception is more commonly emphasized by philosophers, such as Max Weber, who distinguished between an empathic understanding and a scientific explanation, which is provided by the natural sciences. However, the second conception is becoming increasingly influential in contemporary analytic philosophy.

While psychology and philosophy have many similarities, they have distinct differences. While philosophy is rooted in the study of the nature of reality, psychology has become a vital part of science and society. It deals with the development of moral sentiments, the formation of moral habits, and the validity of free will. In addition, it is an important part of ethics.

Is psychology a branch of philosophy?

Philosophy and psychology are related fields that study the philosophical foundations of psychology. The main areas of concern in philosophy of psychology are ontological and epistemological issues. These topics share similarities with those of theoretical psychology and philosophy of mind. Philosophers in both fields seek to understand the nature of human mind and behavior. But there are differences as well.

The main differences between psychology and philosophy are the methods used for research. The former focuses on empirical methods like experiments and data analysis, while the latter focuses on qualitative research. While qualitative research in psychology is rare, it is still an option, especially if it can be demonstrated to be useful in the field. Philosophy and psychology also differ in the way they view causality.

Unlike psychology, philosophy does not rely on experimental research to support its claims. Students of philosophy conduct their own research by reading millions of books.

Why is philosophy and psychology important?

Philosophy and psychology are disciplines that study the mind and behavior of humans. Both disciplines have their own unique approaches to human behavior. While psychology focuses on observing human behavior, philosophy focuses on the reasons behind it. Both disciplines have important applications in mental health treatment. Philosophers try to answer the question, “why are we the way we are?,” and use a variety of scientific methods to answer it.

Philosophers from many different fields study the minds and behaviors of people. They are interested in human behavior, the nature of our minds, and our reactions to different situations. Philosophers today make significant contributions to cognitive science. They also explore the nature of the universe. Although the differences between psychology and philosophy are often small, the two disciplines are very closely related.

Philosophy has deep roots in the ancient world and is one of the oldest fields of study. It is just as important today as it was centuries ago. A study of philosophy will help students develop critical thinking skills.

How does psychology have roots in philosophy?

Throughout history, many great philosophers have influenced psychology. Aristotle, for example, developed a theory of proto-psychology. Other philosophers, such as the Babylonians and the Buddhists, developed concepts about the mind and its functions. These concepts have shaped the practice of modern psychology.

John Locke, who wrote “On Human Understanding” in 1689, had an interest in psychology. In his early years, he grew up in a strict disciplinarian environment. His father kept him in seclusion, away from other children. Despite his strict disciplinary upbringing, he was still able to make a valuable contribution to the field of psychology. He rejected his father’s views about the mind, believing that it played an important role in the association of ideas. He also believed that the mind could be understood through scientific inquiry.

The early philosophers of psychology used logic and observation to investigate human behavior. Later psychologists incorporated scientific methodology to analyze the data. The study of physiology also contributed to the development of modern psychology.

Why is philosophy and psychology are separated?

The separation between philosophy and psychology is due to their different philosophies. Psychoanalysis, for instance, challenges the very basis of rationality. But the separation between philosophy and psychology doesn’t stop there. There are differences in employment opportunities, training materials, and professional options between the two fields. For example, a psychology major may end up working in a research lab or as a psychotherapist.

Philosophy has deep roots in the study of the human mind. It concerns itself with perception, memory, and social interactions. It is not an exact science, and it will never produce a single, correct answer. Psychology, by contrast, uses the scientific method to understand human behavior, testing hypotheses and drawing logical conclusions from observations and physical data. This distinction isn’t to say that one is better than the other, but it is important to note that the two subjects are not equivalent.

While psychology is primarily concerned with mental processes, it is also interested in the functional relationships between the mind, perception, emotion, volition, and motivation. These mental processes are known as mental phenomena, and are the observable features of psychological experience. However, certain philosophical stances do exist within psychology, such as the Cognitive Behavioural school.

Which is more important philosophy or psychology?

Both philosophy and psychology have their roots in questions about the nature of life and the way we function. While they are very similar, the two are very different in their approach. Philosophy deals with the existence of the universe and human life, whereas psychology explores the human mind and its functions. The differences between the two disciplines are not as great as some might think.

Since Wundt’s laboratory, psychology has undergone massive growth and change. Many new ideas have emerged and new perspectives have been brought to the field. Much of the current research focuses on the psychological experiences of different individuals. There is even a burgeoning science of psychology that examines the human condition from multiple perspectives.

Both disciplines draw from logical conclusions, but they differ in the way they carry out research. For example, in psychology, researchers often study human behavior and make observations using experiments. Philosophy relies on the idea that we experience reality in order to understand and explain it. However, it is important to note that the methods of philosophy are very different from those used in psychology.

What are the philosophical issues in psychology?

The first category deals with the issues surrounding human nature. This type of psychology looks at human behavior as the result of a combination of environment and genetics. This approach focuses on the physical underpinnings of behavior, whereas the other focuses on the social context in which human beings act.

Philosophical issues in psychology are complex and multi-faceted. They include truth and knowledge, and they often cross disciplinary boundaries. For example, findings in neuroscience can support broad explanatory frameworks in psychology, such as Bayesian inference or Hebbian learning. In contrast, findings in computer science may doom corresponding psychological theories. Furthermore, theoretical approaches to learning and visual perception may ignore issues related to dimensionality.

How was psychology developed?

Psychology is a branch of science rooted in philosophical and physiological principles. Philosophy inspired the field’s development and helped lay the groundwork for scientific methods. Physiology derived from the theory of Natural Selection, a process in which traits that are beneficial to an individual become dominant over less advantageous ones over generations.

The first scientific laboratory in psychology was established in Leipzig, Germany, by Wilhelm Wundt. He is considered the father of modern psychology. He was a philosopher, physician, and physiologist and helped establish the experimental discipline of psychology. Wundt supervised a number of students, including Emil Kraepelin and James McKeen Cattell.

After experimental psychology, applied psychology developed. In the early 1880s, G. Stanley Hall brought scientific pedagogy from Germany to the United States. He and his student Joseph Jastrow conducted the first experiments in psychology, on color perception. They published their findings in “On Small Differences in Sensation” in 1884. In 1882, G. Stanley Hall joined Peirce at Johns Hopkins and opened the first American research laboratory devoted to experimental psychology. In 1892, a scandal forced Peirce out of Johns Hopkins. However, Hall was awarded the only philosophy professorship at the university.