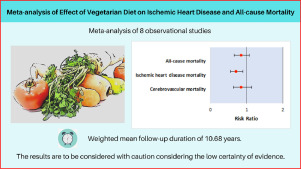 In this article, I’m going to discuss the issue of heart disease in vegans. Specifically, I want to discuss how many people are diagnosed with the disease and how this relates to their lifestyle. I’ll also discuss whether or not being a vegan reduces the risk of heart attack.

Can being vegan cause heart problems?

Studies show that eating a vegan diet may reduce the risk of coronary heart disease. The diet is also associated with lower cholesterol and blood pressure. However, a vegan diet can lead to deficiencies in certain essential nutrients. For instance, vegetarians are likely to have lower levels of omega-3 fatty acids, a nutrient found in fish and other seafood. These fatty acids help lower blood pressure and prevent heart attacks.

While the popularity of veganism is growing, only a small percentage of the population follows a vegan diet. As a result, only a handful of studies have examined the relationship between a vegan diet and heart health. Three of these studies included over 73,000 people and 7,000 vegans.

The results showed that those who ate a vegan diet were at a lower risk of coronary artery disease and ischemic stroke. The risks of a heart attack were 20 percent lower among non-meat eaters. Pescatarians, who eat fish, but not meat, had the same risk as vegetarians and vegans.

What percentage of vegans have heart disease?

However, the reasons are less clear. While high blood pressure is a major risk factor for heart disease and stroke, a vegetarian diet is linked to lower blood cholesterol. The researchers found that the percentage of vegans with a stroke was 43% higher than the rate for non-vegetarians. The lower levels of LDL cholesterol were linked to a higher risk of hemorrhagic stroke in vegans.

The study was based on the EPIC-Oxford study, which included non-meat eaters in the UK between 1993 and 2001. Participants were divided into three groups: meat eaters (those who ate meat regardless of their other diets), fish eaters (those who ate fish but did not consume meat) and vegans. Diet and lifestyle were collected at baseline and in 2010, when the study was updated.

Does being vegan reduce risk of heart attack?

According to research, a diet rich in whole plant-based foods can lower the risk of heart attack. It’s also better for the environment. A vegan diet, which eliminates animal products, is particularly beneficial for the heart because it lowers blood pressure and cholesterol levels. It also reduces inflammation. It also reduces the risk of cardiovascular disease, which is a leading cause of death in the United States.

However, there are still some concerns about the study’s findings. It found that vegetarians had a lower risk of heart attack than meat eaters and had fewer strokes. This is not enough to say that veganism is healthy. There are other factors to consider. One problem with a vegan diet is that it lacks key nutrients. For example, it is low in omega-3 fatty acids and iron. But balanced vegetarian diets are often high in protein, which are essential for heart health. Another concern is that vegans have higher levels of homocysteine, a risk factor for heart disease.

Vegetarians may also have a higher risk of stroke, although the cause is not yet known. There are some studies that suggest that a vegan diet lowers the risk of hemorrhagic stroke, which occurs when blood from an artery bleeds into the brain. However, this risk is smaller than that of a non-vegan diet, according to the study.

Do vegans have a higher mortality rate?

In another study, researchers found that vegetarians had a lower risk of colorectal cancer than meat-eaters. The data from both studies was pooled, indicating that the difference between meat-eaters and vegetarians was relatively small. This result suggests that cancer prevention is possible by reducing dietary risk. However, more studies are needed to determine the true cause of the small difference.

However, it is still unclear whether the differences between vegans and meat eaters are due to their lower fat-free mass. These changes would primarily affect muscle mass, although bones and organs might also be affected.

Do vegans have higher stroke risk?

Stroke is a devastating disease, killing approximately 800,000 people each year in the United States. It also costs the health system $72 billion per year. Fortunately, stroke prevention is possible. A plant-based diet may be one of the most valuable strategies to reduce the risk of stroke.

In the study, participants averaged age 50, with no known stroke history. The first group of participants were followed for about six years, while the second group was followed for nine years. In both groups, people were given medical exams and asked about their diet. Vegetarians ate more fruits and vegetables, and were less likely to eat eggs or dairy. They also ate more plant protein and less fat than meat-eaters.

Heart disease is the leading cause of death in the US, and clogged arteries are a major cause. Although there are no medical treatments for clogged arteries, lifestyle changes can improve artery health. By preventing or even eliminating artery plaque, a plant-based diet can reduce your risk of heart attack or stroke. However, making dietary changes to your lifestyle can take time.

One major risk factor for heart disease is elevated cholesterol levels. Excess cholesterol can cause heart attacks, and an elevated level can also lead to atherosclerosis. Studies show that people who eat a plant-based diet tend to have lower cholesterol and blood pressure than meat eaters. These findings indicate that a vegan diet can reduce the risk of heart disease.

The vegetarian diet is rich in vitamins and minerals, as well as fiber. It also contains healthy fats like extra virgin olive oil and whole grains. Within one year of eating a plant-based diet, arteries become less clogged and begin to open up. As a result, a vegan diet can reverse heart disease symptoms.

Do vegans have thinner blood?

The dietary habits of a vegan have numerous health benefits, including a lower serum cholesterol, blood pressure, and risk of cardiovascular disease (CVD). Vegans also tend to eat more wholegrains, nuts, and soy, which are beneficial for heart health. The absence of meat or dairy reduces the amount of animal fat in the bloodstream, thereby lowering blood viscosity.

The debate over whether a plant-based diet can reverse clogged arteries is an ongoing one. Some health experts say that it is impossible to clear plaque from arteries through diet alone, while others claim that a plant-based diet can reverse the condition. This type of diet can help artery-clogged patients avoid the complications of an artery-clogging procedure and even prevent further damage. Proponents of this type of diet point to the work of Dr. Dean Ornish, whose program includes lifestyle modifications.

Various studies have shown that a plant-based diet can reduce the risk of heart disease. A plant-based diet is rich in fiber, phytonutrients, and other nutrients that promote heart health. These nutrients reduce inflammation and reduce oxidative stress. By contrast, animal-based diets tend to be higher in saturated fat, cholesterol, heme iron, and environmental pollutants that negatively affect the heart. Unfortunately, heart disease and cardiovascular disease are the leading causes of death worldwide, accounting for 17.5 million deaths per year.

In addition to reducing cholesterol levels, the plant-based diet can also help improve artery function. Fiber plays a key role in lowering LDL cholesterol and clearing clogged arteries. As we age, our endothelial cells begin to break down and our arteries become blocked. However, a plant-based diet can improve artery function even as late as the mid-60s.