Do Pickled Foods Cause Cancer? 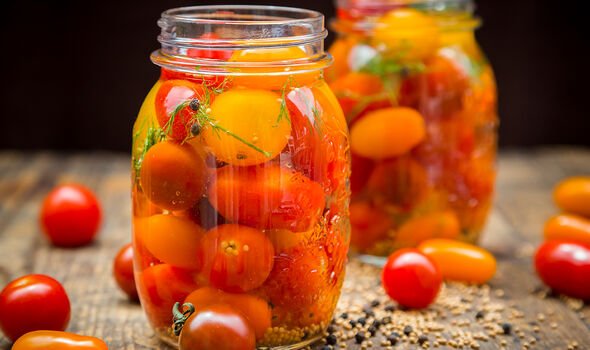 It is not known if pickled foods cause cancer, but research has shown that they contain probiotics and may even protect against stomach cancer. However, because of their high sodium content and sour taste, pickled foods should be consumed in moderation. It is best to limit your intake of these foods and consume them as a treat, but it is not recommended to limit them to once per week.

Can pickled food cause cancer?

Pickled foods are commonly eaten in the United States and Europe. However, researchers have linked pickles with gastric cancer in some studies. In Japan and South Korea, where consumption of pickles is high, gastric cancer rates are unusually high. However, these countries consume far more vegetables than Americans and Northern Europeans. Perhaps pickled foods contribute to this high incidence of gastric cancer?

Pickled foods are made by preserving them in an acidic solution, and they can be made from just about any food item. They can include meat, fruits, and vegetables. The pickling solution typically contains vinegar, salt, and other seasonings. While pickles may not cause cancer, eating pickled foods can lead to nitrite poisoning.

Is it unhealthy to eat pickled food?

Whether you’re a health nut or not, you might be wondering if pickled foods are bad for you. After all, they are packed with salt. That’s a big problem, as too much salt can lead to high blood pressure and other cardiovascular issues. That’s why it’s important to limit the amount of salt you eat. However, there are some ways to keep the sodium content down while still enjoying pickled food.

First, pickles contain natural antioxidants. Fermented foods have more antioxidants than non-fermented ones, and eating pickles can help your gut’s health. The bacteria responsible for this process are called probiotics, and they can boost the immune system and improve digestion and nutrient absorption. However, most pickles sold in supermarkets are not fermented, so you must look for ones labeled as fermented.

Pickled foods may cause bloating, as the high sodium content promotes water retention. However, this problem can be avoided by reducing the portion size and monitoring your sodium intake with an app like MyFitnessPal. Pickling fresh fruit and vegetables can add crunch and flavor to your plate, and it is a good way to add variety to your meal. Just make sure to use proper canning practices.

Cucumbers are rich in natural substances that help fight cancer. These substances are known as cucurbitacins and have been shown to prevent the development of tumors. They are also beneficial in regulating blood sugar and blood pressure. When made into pickles, cucumbers are soaked in vinegar, spices, and water, and then fermented. Asian pickles are usually made with a mixture of salt water and vinegar. This solution helps prevent the cucumbers from fermenting and releasing harmful substances like carcinogens.

Cucumbers are naturally rich in antioxidants, and pickling them helps preserve them. In addition, they contain beneficial bacteria called probiotics. Probiotics are essential for a healthy gut, and they help fight disease. Additionally, pickles are high in beta-carotene, which is converted into vitamin A. Fermented pickles also contain more beneficial bacteria.

Do pickles cause colon cancer?

Although a popular question for many people is, “Do pickled foods cause colon cancer?” the answer is not as clear-cut as you might think. Pickled foods contain nitrates, which have been linked to various types of cancer. These include stomach, esophageal, and thyroid cancer. They may also increase your risk of developing ovarian cancer, particularly in women.

While it is unknown if pickled foods cause colon cancer, a number of other dietary habits, including reducing alcohol consumption and cutting down on processed foods, may help lower the risk of developing the disease. A plant-based diet is an effective way to decrease your risk of developing colorectal cancer. This diet emphasizes fresh fruits and vegetables and does not limit your consumption of meat or dairy.

The process of lacto-fermentation in sauerkraut releases large quantities of beneficial lactobacillus bacteria, which support healthy intestinal flora. They also produce isothiocyanate compounds, which have anticarcinogenic properties in laboratory and cellular studies. The presence of these compounds in sauerkraut is a strong indication that it may help fight cancer. However, more clinical research is needed to determine the effectiveness of sauerkraut for cancer prevention.

The majority of studies on sauerkraut have originated from Europe, the United States, and Asia. More than half of these studies involved analysis of the food and its effects, and a few focused on its anticarcinogenic effects. About 11.5% of studies involved direct human research. Some of these studies focused on the interaction between sauerkraut and MAOIs (monoamine oxidase inhibitors).

What foods can give you stomach cancer?

Eating plenty of fresh fruits and vegetables is one way to reduce the risk of stomach cancer. Citrus fruits like oranges and grapefruit are especially beneficial. However, grapefruit can alter the blood levels of certain drugs, so it’s important to talk to your health care team before adding it to your diet. The American Cancer Society recommends eating a diet rich in colorful fruits, vegetables, whole grains, and fish while limiting red meat, sugary drinks, and highly processed foods. Alcohol use may also increase your risk of stomach cancer.

While the symptoms of stomach cancer are similar to those of many other diseases, they’re often the result of a genetic mutation in stomach cells. This mutation can lead to rapid growth of cancer cells, which then consume healthy cells and spread throughout the body. Those with genetic disorders, such as Lynch syndrome and familial adenomatous polyposis, are particularly at risk of developing this disease. People with Type A blood are also at a higher risk for developing this cancer.

What foods cause cancer?

One of the biggest questions regarding cancer is what causes it. While a few of the most common causes of cancer have been identified, others aren’t as clear cut. One of the most common causes of cancer is eating too much fat. This includes eating cookies, biscuits, and other foods that are high in fat. To avoid this, read food labels carefully and limit fat intake if necessary. However, if you’re already eating lots of fat, this may not be the right time to eliminate it altogether.

Among the most important foods to avoid are smoked and processed meat. While eating a few slices of bacon or smoked meat isn’t a major cause of cancer, a diet high in these meats can lead to a higher risk of developing cancer. It’s also important to choose lean meats over fatty ones, because fat contains harmful agents as well.

Processed meats are particularly problematic. According to the World Health Organization, these meats are Group 1 carcinogens and increase the risk of colorectal cancer, pancreatic cancer, and prostate cancer. It’s best to switch to white meat in place of processed meat, but the truth is, it’s impossible to eliminate all processed meat from your diet.