Do Cows Feel Pain When Milked? 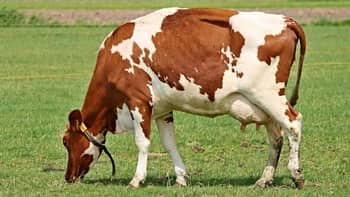 Cows may not feel pain, but they may feel pain when they’re milked. Many questions arise when it comes to milking cows: Does milking hurt cows? Does the udder hurt? Is it a good idea to avoid milking cows if it hurts?

What do cows feel when being milked?

For healthy cows, milking is a routine process and doesn’t cause pain. However, certain conditions may make milking more painful. For example, some cows may have a condition called mastitis. This disease affects the mammary gland and causes inflammation. It can also lead to decreased milk production. Additionally, mastitis can cause pain during the milking process, and even cause discomfort to the cows when they walk.

Milking cows produces a hormone called oxytocin, which is secreted from the cow’s brain. Oxytocin helps cows release milk, and is also involved in social bonding, stress relief, and uterine contraction. Furthermore, it helps cows recognize their calfs. Because of this, milking cows can be pleasant for them, so long as the process is gentle.

Milking cows is a difficult job, but it doesn’t have to be painful for them. While the process of milking isn’t complicated, each person has their own way of doing it. The set-up, technique, and style of milking will differ from person to person.

First, it is important to clean your cow’s udder thoroughly before milking her. Keeping her udder generally clean will help prevent udder injuries. A paper towel or cloth is sufficient, but you may also use a disinfectant wash. You should wash your hands thoroughly after touching her udder.

There are several causes of udder pain in cows. A common one is a bacterial infection. The bacteria can cause sores on the udder. Another cause is a fungal infection. If you notice any of these symptoms, it’s best to consult a veterinarian to determine the proper treatment.

Another possible reason a cow’s udders may hurt is mastitis. A healthy udder is free of bacteria. When a cow is healthy, the teat canal closes and acts as a seal against bacteria. However, if a cow has mastitis, this seal can break down and bacteria can enter the udder. This bacteria multiply rapidly inside the milk gland and cause inflammation.

Are cows okay with being milked?

It is important for farmers to make milking a pleasant experience for cows. Milking can cause stress in some cows and can even cause injury. However, there are many ways to make milking a comfortable experience for the cows. One option is to sedate the cows or administer pain killers. Cows will usually be nervous about the milking process at first, but once they understand how the machine works, they will become used to it.

It’s important to understand that cows are creatures of habit. They do best in a routine that isn’t very different from the one they were used to. This means that you should stick to a consistent schedule when milking the cows.

Does not milking a cow hurt it?

Aside from these risks, another reason why milking a cow can harm a cow is due to the fact that not milking a cow can increase the chance of developing mastitis, a bacterial infection of the udder. It is a very common problem among dairy cows, and not milking your cow regularly can lead to a serious infection. If left untreated, mastitis can even be fatal, so treating a cow quickly is essential for its survival.

Although milking a cow does not seem like a cruel thing to do to a cow, it is still considered an inhumane practice by many animal rights activists. The separation of the calf and mother is particularly upsetting to them. Both the calf and mother cow may even audibly mourn as the separation takes place. Furthermore, cows often endure painful procedures like castration without pain relief. Not to mention the pain associated with hard concrete floors without bedding.

Do cows enjoy being petted?

The answer to the question, “Do cows enjoy being petted when milkes?” is a resounding “yes.” Cows are very social and emotionally intelligent, and can form strong bonds with humans and other animals. Although many cows enjoy being stroked, others may be skittish. This is because cows are prey animals, and can become easily startled in new situations.

Cows love to be petted on their necks and upper backs. They also enjoy the company of other cows and can be highly entertained with toys. Cows also enjoy the smell of lavender and other soothing sounds. If you’re milking a cow, try rubbing her neck with lavender or placing her head on your lap.

Some studies have suggested that petting cows makes them feel more comfortable and relaxed. In addition, cows may perceive human stroking of certain areas of their body as social licking.

Does being milked feel good?

If your partner is a lactating woman, you may wonder if being milked feels good. Breastmilk is a powerful hormone, and milk stimulates a variety of sexual responses, including ecstasy. Some men also enjoy the spray of milk sprayed on their bodies. Some couples even use milk as a lubricant between them, resulting in ecstatic satisfaction.

There are emotional and physical benefits to breastfeeding, and many mothers report a feeling of euphoria. It helps them bond with their baby and releases hormones called prolactin and oxytocin. This hormone also reduces the physiological effects of stress. It also helps the baby eject milk and decrease letdown.

What happens if a dairy cow doesn’t get milked?

When a dairy cow is not milked, it stops producing milk for several days. It doesn’t replenish that lost milk until it is milked again a few days later, or until her next calf is born. A dairy cow needs a regular schedule to stay healthy and happy. While it’s important to milk your cow regularly, you must consider other factors. A power outage may prevent you from milking your cow.

While milking seems like no big deal to most people, it’s still a serious concern. Many animal rights activists consider the act of separation cruel because it tears the mother and calf apart. Some cows even cry out in pain after being separated. Castration, meanwhile, is often performed without pain relief. It’s also important to note that some cows suffer from lameness as a result of hard floors without bedding.

Does whole milk have blood in it?

You might be wondering, “Does whole milk have blood in it?” The answer is no. The Food and Drug Administration (FDA) has strict standards regarding milk quality. Milk that is contaminated with blood is not allowed to be sold to consumers. This policy protects consumers by ensuring that milk meets the strict standards required for it to be sold.

One common myth about milk is that it contains blood. Some animal activist groups say the milk contains pus cells. But pus is not blood. It is a mixture of dead skin cells, white blood cells, and bacteria. The amount of pus cells in milk depends on the number of neutrophils present.