Can a Fitbit Detect a Heart Attack? 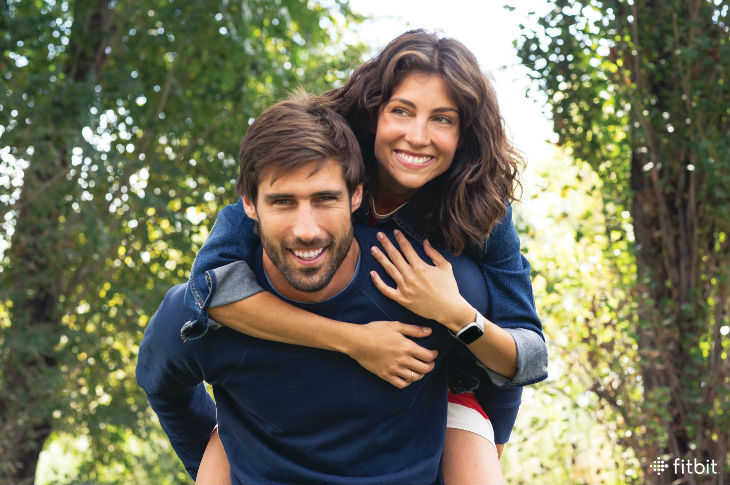 Can a Fitbit detect heart attack?

A recent study in the U.S. suggests that an algorithm in a smart watch could detect heart attacks and other heart conditions. The study used 81 people with likely heart attacks. Two-thirds were men, and the average age was 61. The ECGs generated by the smart watch were 93% to 95% accurate, even in cases where the participants had no symptoms.

While the technology is promising, it is still a few years away from being used in real life. Fitbit’s research scientist Tony Faranesh says that the watch’s functionality needs to be further tested before it can be used in clinical settings. First of all, an ECG requires the wearer to hold the smartwatch in certain positions. This was not an ideal situation, since the wearer may have a health problem that interferes with the ECG.

The Fitbit Charge 5 is a fitness tracker that has a heart rate monitor and electrocardiogram (ECG) capability. The ECG monitor measures your heart rhythm and can help prevent heart attacks and strokes. It can also detect irregular heart rhythms. While it cannot diagnose a heart attack directly, it can help your doctor determine the severity of your condition.

The Fitbit uses a PPG optical heart rate sensor to determine if your heart is beating irregularly. If it detects irregular heart rhythms, it will alert you, which will allow you to speak with a healthcare provider. It won’t continuously monitor your heart rhythm, though, so it isn’t a substitute for a real ECG.

With the ECG app, you can now share heart and blood flow data with your doctor via Fitbit. You can also share your heart rhythm data with a doctor with the FibriCheck app. The app helps you monitor irregular heart rhythms such as atrial fibrillation, which causes an irregular heartbeat. It will also let you view your measurements on the Fitbit.

The Fitbit tracker is a popular device that tracks your steps, heart rate, and sleep patterns. Recently, the company added a new feature that helps you determine if you’re having heart palpitations. This feature is called PurePulse and uses LED lights to detect changes in blood volume. However, this technology has been known to give false alarms, particularly when you’re sweating. Also, it only works with certain models of Fitbit.

Fitbit’s new ECG feature lets you check whether you’re having an episode of atrial fibrillation. AFib is a condition where the heart beats too quickly and irregularly. The Fitbit’s PPG optical heart-rate sensor analyzes this signal to determine whether your heart is beating normally or if it’s in AFib. The Fitbit can help detect AFib in its early stages and provide early intervention if necessary.

Because the Fitbit uses algorithms to measure your heart rhythm, it can detect irregular heartbeats and alert you. You can then see your doctor for a diagnosis.

Is there a device that can detect a heart attack?

The Novamed device could change the way heart attacks are detected. The device detects proteins in the bloodstream and can provide results in 10 minutes. It’s designed to be used in emergency departments. A patient can wear the device near the chest to monitor levels of these proteins.

The technology is highly accurate and more accurate than the current test. Positive results should trigger immediate hospitalization. Negative results should prompt further testing. However, this device is still not yet widely available. In the United States, a single test can cost several thousands of dollars.

The prototype system uses Bluetooth low energy technology and consists of two subsystems. A wearable sensor subsystem senses electrical activity in the chest area and produces an ECG trace. These raw signals are sent through a Bluetooth interface to a detection and warning subsystem. This subsystem continuously processes and analyzes these measurements. If a heart attack is detected early, it can save a life or significantly reduce the damages.

What are the signs a month before a heart attack?

The symptoms of a heart attack may start several months before it happens. These early symptoms include an achy or tight chest. This may be an indication of a blocked artery or poor circulation. You may also feel nausea and indigestion. These are all signs that you should seek medical attention.

If you are experiencing any of these symptoms, you should immediately visit a medical professional for a heart check-up. Some of the symptoms may extend to other parts of the body, such as sweating, weakness, and fainting. If these symptoms continue for more than a week, you may be suffering from a heart attack.

Other common symptoms of a heart attack include discomfort in the center of the chest, a tightness in the neck, and shortness of breath. The pain may also radiate to the jaw and shoulders.

How accurate is the ECG on Fitbit Charge 5?

The Fitbit Charge 5 has an ECG function, allowing users to monitor their heart rhythm. It is particularly useful for people who are concerned about their heart health, because it can detect symptoms of atrial fibrillation (quivering, irregular heartbeat). People with this heart rhythm problem have a higher risk of stroke or heart failure. However, while the Charge 5’s ECG function is not perfect, it’s still useful for those who want to keep a tab on their heart.

The Fitbit Charge 5’s ECG has two metal strips that you press with your thumb and index finger. The device sends the data to the Fitbit app, where you can view and share the results with your doctor.

When your Fitbit detects a high heart rate, it will send an alert to your smartphone or tablet. The device only looks at your heart rate while you’re resting, but if you’re active, your heart rate can rise above the normal range. Fitbit will send you notifications only when your heart rate goes over a certain threshold. To disable this alert, you have to go into the Fitbit app and toggle off the heart rate threshold settings.

The Fitbit ECG sensor can help detect abnormal heart rate rhythms, which may be a symptom of a condition called atrial fibrillation (AFib). Most Afib sufferers aren’t aware that they have it. However, you can export your EKG reading from the Fitbit app to your doctor if you suspect you have this condition.

Fitbit’s heart rate tracking isn’t always perfect, but it’s pretty accurate. It detects heart rate through its green light, which is absorbed hundreds of times per second. It uses these signals to calculate BPM. The accuracy of the data is dependent on the algorithms used to calculate your heart rate.

Does Fitbit Charge 5 do ECG?

The Fitbit Charge 5 is equipped with an ECG feature that helps users monitor their heart’s rhythm. This feature is useful for people who want to know whether they’re at risk for atrial fibrillation, a condition in which the heart beats irregularly and may cause heart failure or stroke. It records data for 30 seconds by default and can be viewed in a convenient way on your smartphone.

When using the ECG feature, users simply hold their fingers against the panels on the Fitbit Charge 5. The device can detect signs of atrial fibrillation, which should prompt a doctor visit. The ECG feature is free and available to all Fitbit users, without having to purchase a Fitbit Premium subscription.

To get started, you need to download an app that lets you access your data. The Fitbit Charge 5 has a color touch-screen display that allows you to easily review your data. The home screen displays your daily step count, distance traveled, calories burned, and most recent heart rate reading. There are even buttons that let you set a timer for certain activities. The app also contains access to the ECG monitor and EDA scan.