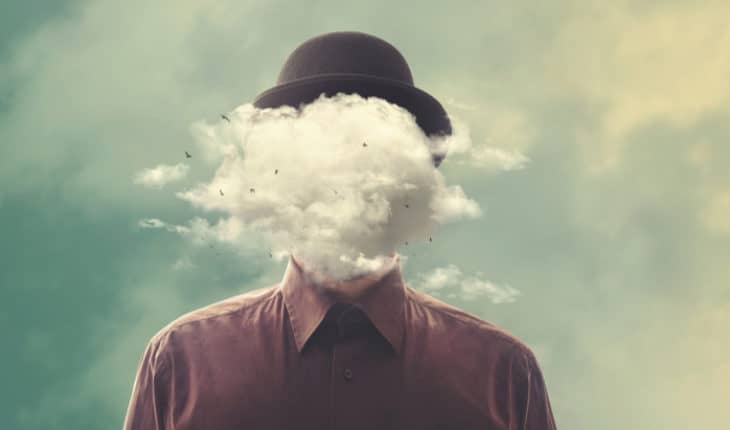 Air pollution has a global effect on people’s health. Statistics show that 99 per cent of the world’s population is exposed to unhealthy air. Even at lower levels, the negative effects begin to affect people’s health. Most of the harmful emissions are from fossil fuels, which are linked to acute and chronic illnesses. In response to these findings, the World Health Organization has called for curbing the use of fossil fuels.

The American Lung Association’s State of the Air 2022 report found that the number of “very unhealthy” and “hazardous” air quality days in the United States rose by a staggering nine million from last year. It is estimated that more than 137 million Americans live in counties with unhealthy air, and that more than two-thirds of them breathe air that is polluted with toxic pollutants on a daily basis. The study also revealed that people of color are disproportionately affected by air pollution.

The Chinese government declared war on air pollution in 2014 and has taken steps to reduce PM2.5 levels. However, that victory has spawned a new threat: ozone pollution. This type of air pollution is formed when nitrogen oxides react with the volatile organic compounds in the sun. The ozone layer is necessary to protect our bodies against the harmful ultraviolet rays of the sun, but the on-the-ground form of ozone pollution threatens public health.

What are the statistics of air pollution?

According to the Union of Concerned Scientists, the burden of air pollution isn’t evenly spread. Nearly half the world’s population lives in areas with higher levels of air pollution than other areas. In fact, people of color are nearly three times as likely as white people to live in a county with a failing grade for all three pollutants.

The impact of air pollution is felt disproportionately in low-income countries. Globally, particulate matter is a major contributor to respiratory infections, ischemic heart disease, and stroke. More than half of all deaths caused by air pollution occur in developing countries. Air pollution is responsible for more than 6.5 million deaths globally in 2012, and that’s more than HIV/AIDS and road accidents combined. Many of these deaths occur in developing nations and parts of Africa, which are considered the world’s biggest danger zones.

WHO is most exposed to air pollution?

While air pollution affects everyone, some groups are more vulnerable than others. This is because different pollutants affect different groups differently. For example, some pollutants cause asthma symptoms in some people, while others affect the heart. If you have a health problem like asthma, it’s important to follow your doctor’s advice and use your reliever medicine. Also, be sure to check with your doctor if you’re pregnant. Exposure to high levels of air pollution during pregnancy can have negative effects on the fetus.

Exposure to air pollution can have long-term health effects that may last a lifetime. It can damage nerves and organs and lead to cardiovascular disease. Recent studies have also shown that air pollution can negatively impact pregnant women and the developing fetus. In the United States, counties with a grade of F or lower for particle pollution were associated with nearly 15 million pregnancies.

The World Bank tracks the amount of air pollution in different countries. Usually, the most polluted countries are low and middle-income countries. The World Health Organization considers air pollution one of the most serious threats to global health, and it causes about seven million deaths every year. In addition, it affects children, whose developing brains are most vulnerable to the effects of pollution. In addition, air pollution has been linked to deadly diseases, such as cancer.

The most polluted countries are countries with a high population. Large populations mean more vehicles on the road, which means more pollutants. Moreover, older vehicles emit more pollution than newer ones. Investing in cleaner public transportation is a way to reduce emissions. There are a few ways to help these countries fight air pollution and protect the health of their citizens.

China is a global leader in air pollution, despite being the world’s largest exporter of goods. The country’s industry is rapidly expanding, and its five provinces are the top emitters of carbon dioxide. As a result, the country has constantly received red alerts for pollution. President Donald Trump has pledged to revive the coal industry, and Congress is working to roll back environmental regulations.

Clean air is also found in French overseas territories, such as New Caledonia, a French territory in the Pacific Ocean. The United States Virgin Islands and Cape Verde, an island nation off the coast of Africa, are also relatively clean. The data shows that air quality is much better in these places than in most other places, though there are still some places in the developing world that are not as well monitored.

What are the 3 main causes of air pollution?

There are many different sources of air pollution in cities. The biggest contributors include traffic, power plants, and factories. These sources release harmful gases, particulates, and hydrocarbons into the atmosphere. Automobiles are also a major contributor, as are heavy-duty trucks, ships, airplanes, and other combustible fuels.

Some pollutants have more harmful effects than others. They can cause respiratory illnesses and can damage the health of aquatic life. In fact, air pollution is responsible for the extinction of many animal species. It is important to minimize air pollution by avoiding driving if possible and opting for public transportation. This will reduce emissions and save energy.

Many natural sources contribute to air pollution, but not all of them are man-made. Some are created by nature, such as dust carried by wind and methane produced by cattle and agricultural waste. Others are released by human activities, including open waste burning. These types of emissions release harmful dioxins and furans, as well as black carbon. Other major sources of air pollution include vehicles, power generation, agriculture/waste incineration, and building heating systems.

What causes most of the world’s pollution?

Air pollution has a huge impact on the health of people around the world. Most of the particles in the air come from industrial processes, but some are natural. For example, animals and vegetation produce emissions of carbon dioxide, a greenhouse gas. Humans use fossil fuels to heat our homes, run factories, and power our transportation. This process causes a large amount of pollution that is harmful to the health of humans and other animals.

According to the Global Burden of Disease report, air pollution causes more premature deaths than HIV/AIDS. It affects 36 million people. Meanwhile, 6.2 billion people breathe air that is polluted. This is a staggering number, and it’s far more widespread than you might think.

The most common cause of air pollution is the burning of fossil fuels. This process releases a large amount of carbon dioxide and other chemicals into the air. This pollution exacerbates climate change. It increases temperatures by contributing to the production of carbon dioxide and methane. Increasing heat increases the amount of harmful pollutants in the air, and smog becomes more prevalent.

Many cities in Asia have air quality that is much worse than the WHO’s recommended limits for particulate matter. China, however, is making strides to improve its air quality. Air quality in Brazil is at a 15-year high, and deforestation in the Amazon rainforest is responsible for more CO2 emissions than it can absorb.

The WHO has updated its air pollution guidelines for 2021, reducing the acceptable PM2.5 level by half. This is the smallest particle, which reaches deep into lung tissue and can even enter the bloodstream. PM2.5 is released from burning fossil fuels, wildfires, and dust storms. It has been linked to heart disease and asthma.

Despite improvements in air quality over the past two decades, air pollution remains a top environmental concern. While air pollution has decreased dramatically in the United States thanks to the Clean Air Act, the amount of particulate matter remains a problem. The WHO’s new guidelines call for a maximum level of five micrograms of PM2.5 in the air per cubic metre. Even the lowest level of PM2.5 is associated with significant health risks.