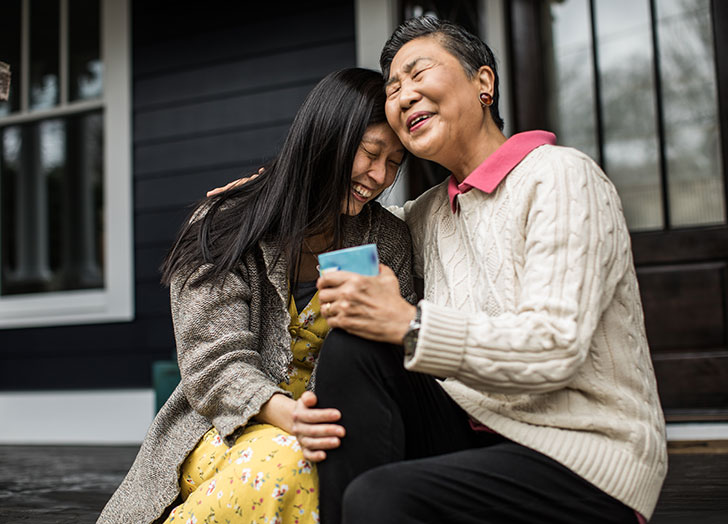 There are 4 different types of unhealthy mother daughter relationships, and each one has its own set of causes and symptoms. Learn what to look for in your daughter if she has mommy issues. There are also ways to improve the relationship with your daughter. If you see any of these behaviors in your daughter, you should discuss them with her immediately.

What is an unhealthy mother-daughter relationship?

An unhealthy mother-daughter relationship is a relationship where one of the parties is constantly putting the other down. It can result in low self-esteem, constant competitiveness, and no boundaries. These behaviors are harmful to both the daughter and the mother. Here are some warning signs.

Lack of support: In some cases, a mother is unable to provide support for her daughter. She will try to make her daughter look like her by changing her personality, values, and choices. This makes the daughter feel guilty for being different than her mother. She may also feel like she has failed to please her mother and is disappointed with herself for trying. An unhealthy mother-daughter relationship can lead to conflict later in life.

Defining healthy boundaries: Setting healthy boundaries for a mother-daughter relationship can help to repair the relationship. One way to do this is to accept the faults that the other party has and focus on the positive qualities that both of you value. There will always be conflict in the world and in any relationship, so it is important to be able to identify and talk about conflict.

What are toxic mom traits?

If you have a toxic parent, you might find it difficult to know how to handle them. You may feel uncomfortable interacting with them, or they might be extremely controlling and judgmental of you and your choices. Their unwarranted criticism of your life and character is hard to ignore. Even worse, they may not recognize that they are the problem. But if you can recognize their signs, you can begin to find ways to deal with them and protect your children.

One of the most common traits of a toxic mother is her lack of empathy. They often feel no sympathy for their children and make them feel guilty for their own failures. It can affect their relationships with others in adulthood, and can even affect their self-esteem. If your mother exhibits these traits, you should seek help as soon as possible.

Oversensitive and explosive parents can lead their children to feel unworthy, unlovable, and unaccepted. They often misinterpret certain situations as insults, which makes others around them walk on eggshells. They are likely to verbally abuse their children and even become physically abusive during their explosive outbursts.

Mommy issues in daughters are common and can cause a host of relationship problems. However, these issues are not always obvious. Understanding the psychology behind the phenomenon of mommy issues can help you recognize them in your daughter and work towards treating them appropriately. Here are some telltale signs that your daughter may be having mommy issues.

Females with mommy issues are often more comfortable with male company, preferring male friends over female friends. They may have problems trusting and expressing their feelings in relationships. They may also show signs of resentment towards their men. Their feelings for their dads may be repressed, suppressed, or withdrawn. These problems can lead to a host of relationship problems, including trouble with romantic relationships.

Unloved daughters may not even know that they are lovable. They may have been raised feeling neglected and criticized at every turn. Consequently, they often internalize the voice of their mother. This voice can undermine their talents and accomplishments. They may feel they are “fooling people” and are afraid of being found out.

What is a strained mother-daughter relationship?

When it comes to a strained mother-daughter relation, both parties must be willing to take responsibility for their own actions. If both parties are unable to resolve conflicts, the relationship may be toxic. The daughter may view her mother as a rival, which could hurt the relationship even more.

What is cold mother syndrome?

Cold mother syndrome refers to a wide range of mental health problems a mother can experience. Examples include the neglect of the emotional needs of her child, control of the mother’s moods, and untreated drug or alcohol addiction. If you or someone in your life is experiencing these types of issues, you should seek help for yourself or your child.

The child who suffers from this type of disorder may perceive their mother as cold, distant, and unresponsive. She may even appear to actively resist attempts to connect with her. However, healing the relationship with a cold mother may involve acknowledging the role that she played in raising you and your siblings, allowing her to be included in the family, and carrying on family traditions.

Why do mothers and daughters fight?

While mothers and daughters fight often, the root cause of the conflict may be completely different. One of the main causes is jealousy. This emotion is hard to identify and is often misconstrued by society. It manifests itself in ways like being overly critical of your daughter, or putting her down for something that your daughter does well. These behaviors are unhealthy, and can strain your relationship. Fortunately, there are ways to deal with the conflict and move forward with your relationship.

One way to diffuse this situation is to remember that you’re still the adult. Occasionally, your daughter will push your buttons, and you’ll need to understand their feelings before reacting. Instead of reacting in a way that’s detrimental to her well-being, acknowledge your daughter’s positive traits and set boundaries, says Cohen-Sandler.

What is considered an unstable home for a child?

Unstable homes can have a variety of effects on children, including stunted growth, lower IQ, and shortened stature. These children are also more likely to have psychological and behavioral problems. In one study, children living in economically unstable homes were found to be shorter than their peers. These children may also have inconsistent stories and have dirty clothing.

Changing family relationships are a major factor in family instability. Parents may split up or move in with a romantic partner. If a child is living in an unstable home, he or she may have problems adapting to the changes and will be unable to invest in them.

What is unloved daughter syndrome?

Unloved daughters often feel unloved and insecure. They fear that their love will be withdrawn. Because of this, they tend to isolate themselves and not share their feelings with others. These daughters also have low self-esteem and may suffer from depression and relationship difficulties.

Children who feel unloved feel as if they don’t belong in the world. As a result, they often develop phobias that are the result of their lack of affection. They also have difficulty staying still and paying attention. This causes them to act out in ways that are out of proportion to their actual feelings.